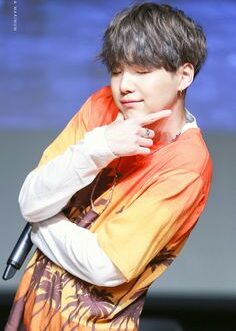 With 56 days to go before BTS reveals their new Japanese album “The map of the soul 7: The Journey”, the new comeback will be until October, but it seems that ARMY won’t have to wait long for their next release.

The countdown that has caught your attention during these days was the one that BigHit started and in your new teaser everything indicates that it is “Agust D 2”.

Through his Twitter account, the BTS agency shared the photo of the 3 days that remain from the count, the image now looks much sharper and reflects a human silhouette, many believe that it is Suga, as they began to edit the image and They compared it to other photos of the idol, discovering that the proportions are the same.

Days ago, Suga commented that he had worked on his mixtape and it was not long before he released it, since he was delayed because he wanted to modify it, which reinforces the theory that it is his second solo material.

3 days after the countdown ends, ARMY is ready to support him with his new music, because the success he has had with IU and “Eight” has been amazing.

There are also rumors that he gave an important clue himself, as the painting he has been working on during his live broadcasts could be related to the cover of the mixtape.

Suga is not the only one who has prepared to release his solo material, Taehyung has already composed songs and assures that he will also release his mixtape, he even composed a song for his parents, there are no details about its release yet.

Emily Ratajkowski: her best outfits of 2020!