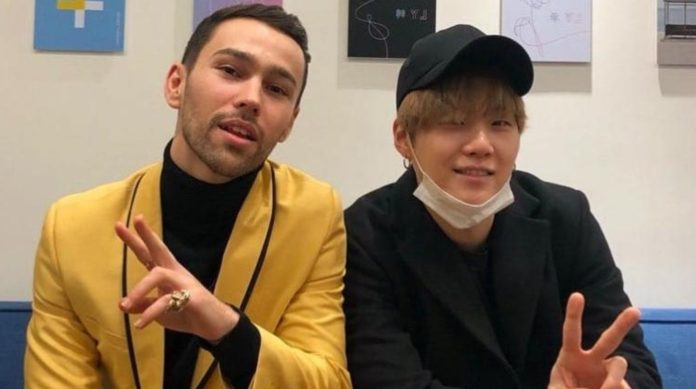 This would not be the first time artists are seen together.

The BTS boys took advantage of the days they spent in Los Angeles to do other activities, go out and meet other personalities. That was the case of Suga, who was seen next to singer Max during the most recent Lakers game wearing shirts of the characteristic colors of that team, where you could read ‘BRYANT’ next to the number 8 printed on them.

Later, Max shared via Twitter and Instagram a photograph with Suga , where they are seen in the middle of the crowd while enjoying the game. ‘ The first Lakers game with my brother Suga. Mamba forever, ‘ added the singer. On the other hand, Max spoke to the media about the connection that exists between them due to his fanaticism for basketball , as well as the way in which he met.

The previous month Max had already shared a photograph with the rapper of BTS, where both showed the sign of love and peace with his hand while Suga smiled slightly, this happened while Max was in Korea to give a concert. What do you think of the friendship between these two artists?