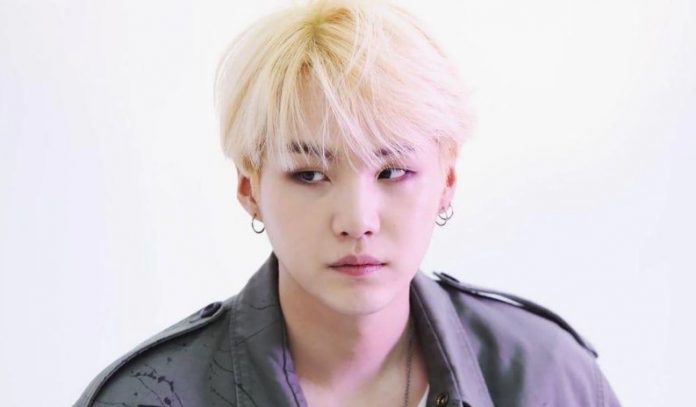 The rapper of the band BTS is part of the dream of a weightlifter who pursues success. After the Tokyo 2020 Olympics, athletes are preparing for upcoming competitions, so an ARMY and weightlifter spoke of Sunmi Lee admiration for BTS’s Suga.

During these Olympics we witnessed how K-Pop is present in the best events, we not only heard songs from idol groups during competitions, but we also met several athletes who are fans of some Korean music band.

BTS was one of the favorites and their songs were requested by many athletes who waited to hear them in the background during their awards, but also now we meet an athlete who has gained motivation to succeed thanks to Suga.

Sunmi Lee is a Korean weightlifter who participated in the Tokyo 2020 Olympics and reached fourth place in the 87-kilogram women’s competition, but she will go after a medal and the BTS rapper could be part of her success.

The results obtained by the athlete in this competition are only the beginning as she aspires to a medal in the next Olympics and during an interview, she confessed that in addition to taking this award she will show her admiration for BTS, especially Suga.

This ARMY has everything planned for when the expected recognition reaches her and that is why she will be part of this moment to the idol who inspires her and helps her stay motivated, so she plans to include Yoongi in her message of celebration and from the podium, she will say :

I’m a fan of SUGA from BTS

The boys of Bangtan Sonyeondan are now role models for many people, from students to other aspiring idols, and the world of sports is no stranger to the group’s impact.

We recently also told you that BTS left their mark on the beaches of Korea after releasing their album Butter, know the interesting place that every ARMY will want to visit.

Manifest: Season 4 of The Series is Close to Being Announced...