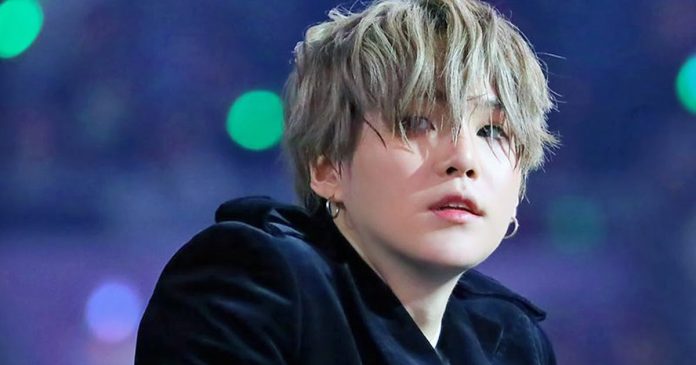 The BTS rapper showed his most creative and artistic side in Curated for ARMY by Suga, what is it about?

Min Yoongi captivated ARMY around the world with the detailed drawing of a room, the performer of ‘Seesaw’ also released an audio with the explanation of the meaning of Curated for ARMY by Suga.

Soon ARMY will enjoy the new version of the record material ‘ BE ,’ Essential Edition ‘ will contain the same songs as the original, the surprises will be BTS collectibles .

As part of the repackage promotions, the boys shared individual voice notes of the ‘ BE ‘ songs , each of the idols performed an a cappella excerpt, which sparked some theories.

On February 10, through the official account of Big Hit Entertainment , the agency published a video called Curated for ARMY by Suga , the rapper from BTS drew a room for ARMY, in turn, they posted an audio. Keep reading to know all the information.

The clip of Curated for ARMY by Suga, showed little by little the creative process of the room that Yoongi imagined, the space was illuminated, one of the walls was adorned with shelves, photographs and posters of BTS , in addition, the rapper included a bed so that ARMY could rest well, the teddy bear on the covers could not be missing.

In the room audio, Yoongi gave an accurate description of his vision of a room , explained that a home will always need a bed, since it is a comforting space, he wanted to put the best items for fans.

Suga chose a bed with a natural walnut frame, one of the woods most besieged by experts, another detail that he included was a soft and fluffy mattress, ideal for taking a little nap.

As they did with the teasers for ‘ BE ‘, it is believed that each of the singers and rappers will work on the drawings for ARMY, some think that each day the new rooms and audios of the idols will be revealed explaining the meaning of the spaces destined for ARMY.

Meet the first room that the ‘Dynamite‘ interpreters created for fans in: BTS releases a preview of the album ‘ BE Essential Edition’ and unleashes theories.

Hwasa and Dua Lipa will have a special collaboration