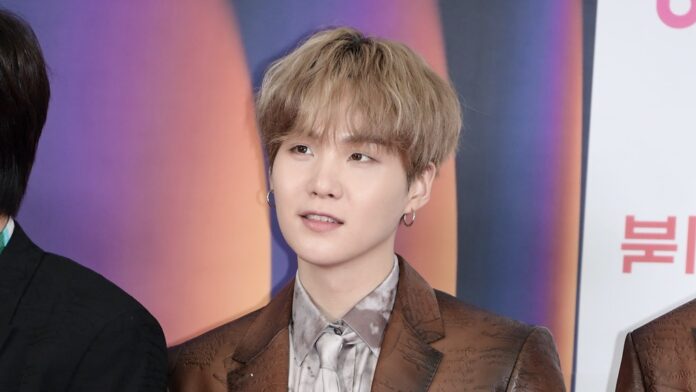 ARMYs get ready to start 2021 with the seven members of BTS because Suga is officially back.

The countdown to Big Hit’s New Years Eve live concert has begun. In just a few days, K-Pop groups like BTS, TXT, and ENHYPEN will gather for the virtual event, which will also feature special guests Halsey, Lauv, and Steve Aoki.

Fans are curious about the groups’ track lists and if they will collaborate with other artists there, but most of all, ARMYs are wondering if Suga will be at 2021 New Years Eve Live.

Something he said during a recent live broadcast made fans think that he had some surprises planned for the BTS show.

K media said BigHit confirmed "Suga will attend the New Year's Eve Live concert within limits that he will not perform the rough choreography or performance based on doctor's note officially as Suga said" Suga said he would appear on NYE live through his Vlive today. @BTS_twt pic.twitter.com/GTukUc5Suc

On Monday, December 28, Suga took to VLIVE to update fans on her progress since announcing her shoulder surgery in November.

Although she is undergoing rehab treatment and doing exercises to help her shoulder, Suga said it will take a while for her to return to normal.

“I can’t raise my arm to 90 degrees yet. It feels like it’s not my arm, like it’s a baby’s arm,” she began, according to a translation from Soompi.

“It is a slow process. As a result, I feel somewhat impatient, but I am constantly progressing. Since I am not attending a clinic that forces me to increase my range of motion, I am only using my shoulder within the range that I can use.”

Suga revealed that it will probably take six months for him to fully recover, but he won’t let that stop him from participating in BTS activities in any way.

“Since my recovery is going well, I will probably attend Big Hit’s New Years live concert,” he said, adding that he will follow certain limitations so as not to try too hard. “I will not be able to perform dance performances or hold a microphone with my left hand as not two months have passed since my surgery.”

With this in mind, it’s possible for Suga to participate in BTS’s seated performances like “Life Goes On” or “Spring Day” in case they perform those songs.