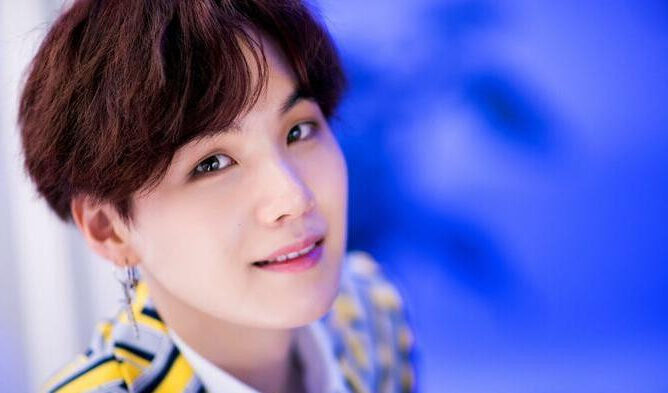 The Big Hit Entertainment idol showed his love for ARMY in this loving way. Suga revealed his most romantic side on a very special occasion .

Min Yoongi is one of the most talented Korean artists in K-pop, composing, producing, writing, arranging, and dancing in a way that ARMY loves. The idol originating from the Bukgu village in the city of Daegu in South Korea has a romantic side that he rarely reveals.

The fanmeetings usually very important meetings that the guys from Big Hit Entertainment have some of their fans, so live a little, talk about music and known face to face when his idol signing them record material they are promoting.

There are many stories and anecdotes that fans have lived alongside BTS singers and rappers , among them there are the funny, the funny and the loving , as happened with Suga, because the interpreter of ‘Give It To Me’ swore to one of his most loyal followers something very special.

During a fanmeeting with BTS , a fan was lining up to wait patiently for her turn to see RM, Jimin, V, J-Hope, Jungkook, Jin and in particular Suga , who was her favorite idol despite feeling a special affection for the other members of the group.

When it was time to pass in front of Suga to sign his album, very determined and nervous, the fan commented to Yoongi : ‘I will wait for you because I will marry you’ , Suga simply took off a black bracelet that adorned his wrist, he handed it over and replied: ‘ In 7 years I will look for you and I will recognize you by the bracelet, then we can get married.’

Suga and IU recently released ‘Eight’ which is a melody that has a very special lyrics , a few hours after having released many records in reproductions and sales.