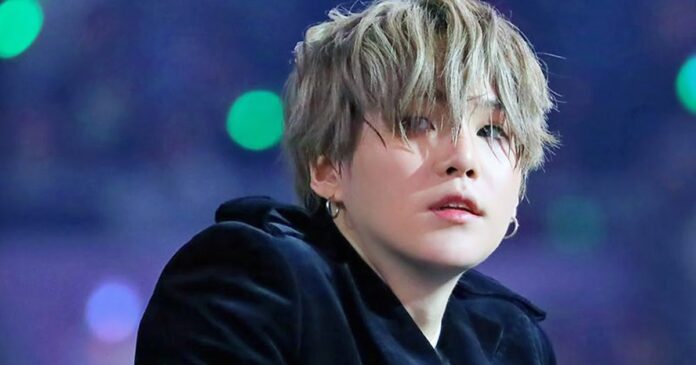 Min Yoongi surprised ARMY by showing off his new hair style, the BTS rapper revealed his amazing mullet in advance of Season’s Greetings 2021.

Jin, Jimin, J-Hope, Suga, Jungkook, V and RM are promoting the release of their album ‘BE’, a work that has taken time and is inspired by the hard times that humanity lives.

Another project that has the kids very busy is the upcoming premiere of ‘Season’s Greetings 2021’, a special package for ARMY, which contains various collectibles.

Through various online platforms, the artists and their company shared videos with interesting previews of ‘Season’s Greetings 2021’, so fans are ready to be captivated by the charms of each of the members.

In the most recent teaser video for ‘Season’s Greetings 2021’, a detail impressed the viewers, as Suga changed his look, the composer looks different, with a more retro, bold and cool style. What is Min Yoongi’s new hairstyle? We will tell you everything below.

BTS’S SUGA LOVES HIS FANS WITH HIS NEW MULLET

At the end of the preview clip of ‘Season’s Greetings 2021’, Suga appears with her companions on a bright stage, wearing an animal print shirt, with a black bow and the perfect touch was the style of her hair.

Min Yoongi has a mullet! The ‘Eight’ interpreter let his hair grow, his bangs were split in two, showing a bit of his forehead, while his new hairstyle is the star of his outfits.

Fans did not miss the opportunity to talk about it on social networks, where ‘YOONGI MULLET’ became a trend, the rapper from the city of Daegu received thousands of compliments for his new look change.

What do you think of Suga’s mullet? This is the first time that the K-pop idol shows his hair so long, so ARMY celebrated seeing a facet of the member of the Bangtan Boys. YAY!