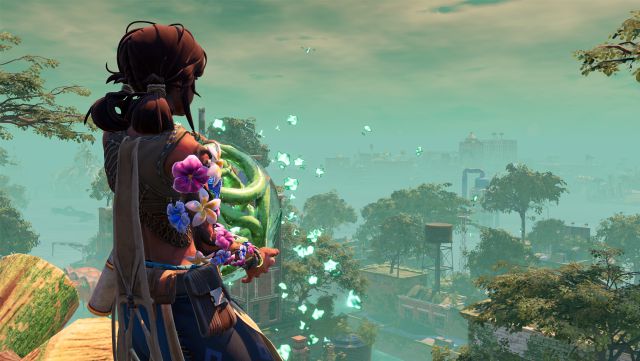 Submerged: Hidden Depths: Uppercut Games’ sequel to Submerged first appeared as a timed exclusive on Google Stadia; now announce date on PC, PlayStation and Xbox. Submerged: Hidden Depths, the sequel to 2015’s Submerged for PC, PS4 and Xbox One and which came to Switch in 2019, already has a release date on PC and PlayStation and Xbox consoles after its release as a temporary exclusive on Google Stadia at the end of 2020. This has been announced by those responsible for Uppercut Games, confirming that the title will be available on March 10, 2022 and sharing a launch trailer that you can see on these lines and that immerses us again in a devastated and practically submerged world under the oceans.

Thus, and as its creators say, Submerged: Hidden Depths is a third-person “relax-exploration” adventure based on the first installment to evolve its formula in various aspects. “Set in the sunken ruins of a beautiful world, you will play the characters Miku and Taku: one is cursed with a mysterious power that he wants to use for good, and the other is determined not to let that power separate them,” we can read in its official description.

And it is that on this occasion we are accompanied by a couple of brothers with very different intentions, since Miku intends to use his power to do good, while Taku does not want that power to end up separating their paths. All this through the exploration of a submerged underwater world in which they will meet mysterious creatures and in which they will solve all kinds of puzzles and challenges.

Submerged: Hidden Depths is scheduled to launch on PC, PlayStation 4, Xbox One, PlayStation 5 and Xbox Series X|S on March 10, 2022. Don’t miss our analysis of the first Submerged that appeared in 2015 through the following link.