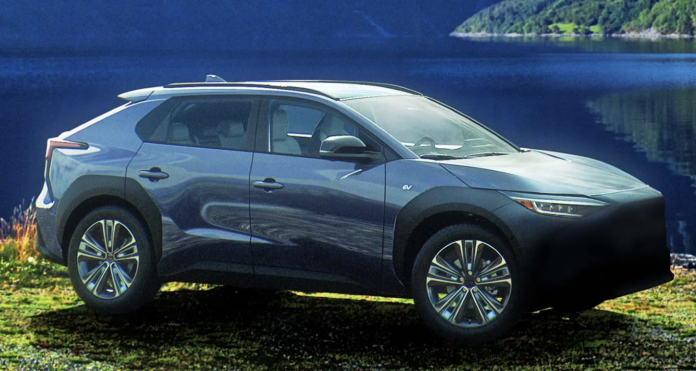 Japanese automaker Subaru shared the video of its first electric vehicle 4×4 Solterra. The design details of the vehicle draw attention.

Subaru, the car brand that defies the years, shared the video of its first electric vehicle, the 4×4 Solterra crossover. Drawing attention with its similarity to Toyota’s bZ4X model, the crossover will be the first icon of the Japanese manufacturer in the electric car world.

Built on the e-TNGA platform

The 4×4 Solterra, built on the e-TNGA platform, which was first announced in 2019 and designed for new generation electric cars, stands out with the design tips in the video. The double roof spoiler in the car seen in the promotional video has details similar to Toyota’s new electric crossover.

Sharing images of the interior in the shared promotional video, the Japanese manufacturer showed the multimedia screen positioned in the interior design. According to the clues, Subaru’s first electric car is expected to come with the features of the electric crossover that Toyota introduced and will be released soon.

Having many similarities with Toyota’s bZ4X, the Subaru 4×4 Solterra stands out from the rival vehicle with its seats. Subaru has not yet disclosed information about the price and battery capacity of its new generation electric car.

However, according to estimates, the brand’s first electric vehicle is expected to have a price tag between 30 thousand and 40 thousand dollars.