Home Celebrity Stunt of the Back to the Future Movie, Lost in Life in... 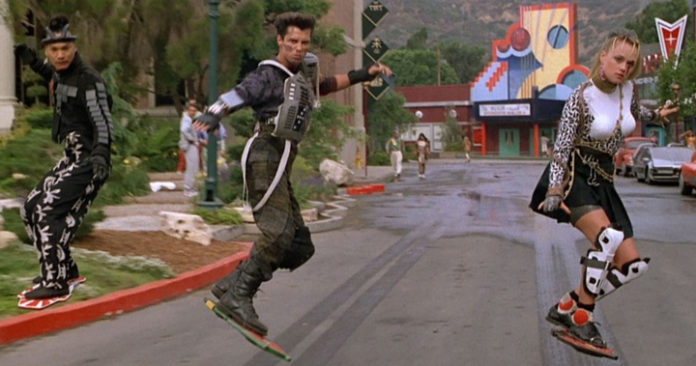 Cheryl Sanders, one of the stunts of the movie, seen on the skateboarding scene flying back to the Future 2, was shot dead by her ex-wife in an armed clash that occurred in front of her ex-wife’s house.

Stunts are the invisible heroes of the movie industry. Stunts, which ensure that the most popular movies and dangerous scenes take place, also endanger their lives because of their profession. Many stunts have been seriously injured in accidents to date, and some stuntmen have died.

The story of the stuntman, which we are going to pass this time, ended outside the movie set. Cheryl Sanders, who has been working as a stunt in about 70 films since the 80s, was shot dead by her ex-wife in an armed clash that occurred outside her ex-husband’s home.

Cheryl Sanders, who served as a stunt in Hollywood, was spotted on the famous flying skateboard scene in the second movie of the Back to the Future series, one of the iconic movie series. Sanders also appeared in stunt movies as a stunt. Sanders had to pause stunting for a while due to an accident in Back to the Future 2.

The armed clash that the famous stuntman lost his life in front of his ex-wife’s house. Cheryl Sander and Robert Lindsey Duncan got married in 1999 and divorced in 2009. It is stated that the couple have two children from their marriage. According to reports on the subject, Cheryle Sanders and ex-wife Robert Lindsey Duncan could not agree on their children’s university expenses.

The conflict between Cheryle Sanders and her ex-wife has been going on for a long time. Robert Lindsey Duncan, founder and CEO of Genesis Today, a health and sports brand, filed a lawsuit against Cheryl Sanders with allegations of defamation in 2016.

Cheryle Sanders, one of the stunters of Back to the Future 2, also stunted actors such as Brooke Shields, Sharon Stone, Renne Russo and Kathleen Turner. He was a stunt known as Cheryl Weeler Duncan in stunts such as Bird on a Wire and Die Hard 2.

You can be “Joker” in “Animal Crossing: New Horizons”