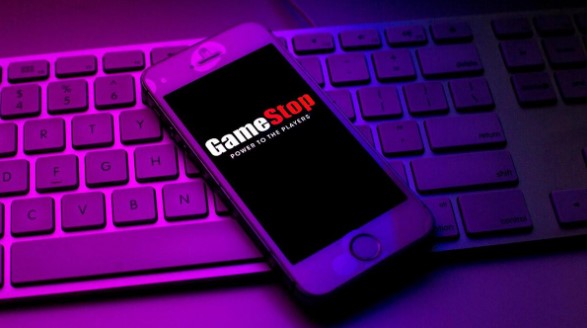 Despite the bubble claims in the NFT sector, new developments in the market create excitement. The GameStop NFT Wallet plugin, which is a stage of the NFT plans of GameStop, which is famous for its stock, has been made available to some users as a beta via the Google Chrome browser.

According to the company statement, GameStop Wallet can now be installed as a Chrome extension. The wallet is currently still in beta, but many users believe that the NFT market launch is imminent. At a time when the cryptocurrency market was going through a difficult period, this news created excitement in the industry. GameStop has gained a global reputation for overinflating its stock as a result of mass action by a group of Reddit members. GameStop stands out especially among companies that invest in the NFT sector. GameStop, which has applied for many blockchain and NFT-focused trademarks, has this time opened the beta version of its NFT wallet to users.

According to an expert named Marantz Rantz, who did the whitepaper of the wallet, the wallet can perform functions such as NFT storage, sending and receiving. In addition, the wallet has integration with Ethereum as well as Layer-2 networks. As a result, the wallet is still in beta and has not yet been released to general users by the company.

Here are the Main Features of the Wallet!

The launch of GameStop Wallet and NFT marketplace is expected to take place in the near future. Beta users can already buy Ethereum and send NFT, but the store is not yet open. With the cryptocurrency market losing momentum this year, CoinGecko estimates the total market cap of Ethereum to be close to $247 billion. As the NFT market loses momentum in 2022, GameStop aims to get a share of the shrinking pie. GameStop Wallet is built on Loopring Layer 2 technology, which stands out with low fees on multiple networks. The platform will also allow Tier 1 Ethereum transactions, but GameStop warns that the fees will be higher than Tier 2.

While the US Congress and the SEC are examining the regulation issue for the crypto money sector, interesting developments are taking place in the country. Amid these debates, a group of Democratic party senators are turning to the NFT industry for alternative income. According to the Washington Post report, Democrats are planning the launch of the political NFT market. Front Row, a Democratic-backed group, has announced plans to launch a political NFT market. The platform will only be used for Democratic party campaigns and political goals. Through this new political-themed NFT marketplace, the platform will issue political NFTs and set the price.

A New Bill On Cryptocurrencies Has Been Presented In The Usa