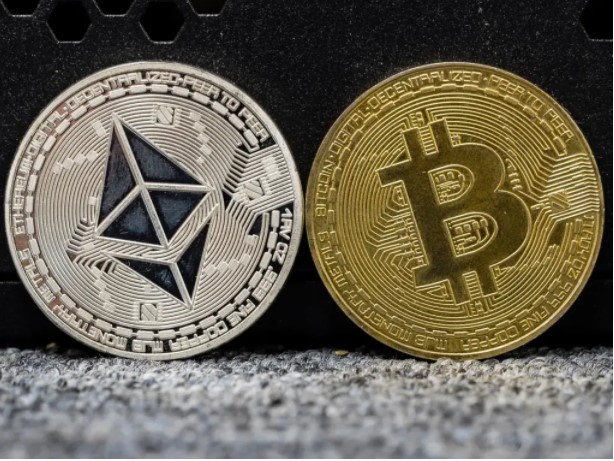 As Somagnews, in this article, we include crypto analyst Rakesh Upadhyay’s predictions for BTC, ETH, BNB, XRP, LUNA, SOL, ADA, AVAX, DOT, DOGE coins. The analyst’s estimates are not precise, and we recommend that each investor do their own research.

How is the outlook for BTC?

The market mood remains negative, but Bitcoin and altcoins are witnessing buying at lower levels, which could be a sign that the bottom is near. Geopolitical tensions between Russia and Ukraine have prompted investors to seek safe-haven assets. Contrary to the expectations of crypto investors, Bitcoin (BTC) failed to rise with gold and remains closely associated with US stock markets. On-chain data shows that investors may be accumulating Bitcoin in the long run.

BTC has been trying to build a base for the past few weeks. The price is stuck in an ascending channel as the bulls buy on the dips to the support line and the bears sell on the rallies to the resistance line. The diagonal moving averages and the relative strength index (RSI) near 45 point to a minor advantage for the bears. If the immediate support at $37,000 fails to hold, the BTC/USDT pair could drop to the support line of the channel. A strong recovery from this level for BTC will show the bulls accumulating lower. The bulls will then try to push the price above the moving averages. If they do, the pair could rally to the resistance line of the channel.

Ether (ETH) broke and closed below the support line of the symmetrical triangle pattern on March 6, indicating that the continuation pattern has been dissolved in favor of the bears. The bulls bought the dip and are trying to push the price back into the triangle. If they do, it suggests the current slump could be a bear trap. A break and close above the moving averages could push the ETH/USDT pair to the psychological level at $3,000 and later to the resistance line of the symmetrical triangle. Conversely, if the price declines and dips below $2,491, a drop to the support zone between $2,300 and $2,159 is likely. This is an important area for the bulls to defend because if it cracks, selling could intensify and the downtrend could continue.

BNB/USDT. BNB broke below the 20-day exponential moving average (EMA) ($387) on March 4. The bulls tried to push the price back above the level on March 5 and 6 but failed. If the price stays below the 20-day EMA, the BNB/USDT pair could decline to strong support at $350. This is an important level to watch out for because if this level is broken, the decline could extend to the strong support zone between $330 and $320. Conversely, if the price rises and rises above the moving averages, the bulls will try to push the pair to $425 and then $445. This level could attract strong selling, but if the bulls break this resistance, the upside could reach $500.

Ripple (XRP) has bounced back from the 50-day simple moving average (SMA) ($0.72), which shows that the bulls continue to defend the level with all their might. Buyers will now try to keep and sustain the price above the downtrend line. If they are successful, the momentum could pick up and the XRP/USDT pair could rally to $0.85 and then $0.91. The bears are likely to form a stiff resistance in the region between $0.91 and $1. A break and close above $1 might activate the wide range between $1.41 and $0.50. This positive sentiment will be invalidated in the short term if the price turns down from the downtrend line and drops below $0.62.

LUNA/USDT. Terra’s LUNA token fell from overhead resistance at $94 and can now drop to the 20-day EMA ($74). During uptrends, bulls buy lows to the 20-day EMA; therefore, this becomes an important level to watch out for. If the price bounces back from the 20-day EMA, buyers will again try and maintain the LUNA/USDT pair above $94. The slowly rising 20-day EMA and RSI in the positive zone are giving buyers an edge. A break and close above $94 could push the pair to its all-time high at $103. The bulls will have to break through this hurdle to signal the resumption of the uptrend.

Solana (SOL) broke below the 20-day EMA on March 4 and dropped to $81 close to strong support on March 7. This is an important level to watch out for. If the price breaks and stays below $81, the SOL/USDT pair could complete a descending triangle pattern. Such a move could suggest a resumption of the downtrend. The pair could later decline to $66 and then extend its slide to the pattern target at $40. The downward sloping moving averages and the RSI in the negative zone point to the advantage for the bears. Contrary to this assumption, if the price rises and rises above the downtrend line, it suggests that the bears may be losing control. The pair could rally to $122 later.

ADA/USDT. Cardano (ADA) pulled back immediate support at $0.82 on March 5, but the bulls failed to push the price towards the 20-day EMA ($0.92). The downward sloping moving averages and the RSI in the negative zone suggest that the bears have the upper hand. If the price breaks and stays below $0.82, the ADA/USDT pair could decline to the strong support at $0.74. If this support is also broken, the decline can be extended to the next support at $0.68. Alternatively, if the price rebounds from the current level, the bulls will try to push the pair back above the 20-day EMA. If they do, the pair could retest the breakout level at $1. A break and close above this level could be the first sign that the bulls are on a reversal.

AVAX/USDT. AVAX fell below the moving averages on March 4 and the bears thwarted any attempts by the bulls to push the price back above the 20-day EMA ($78) on March 5. Selling resumed on March 6 and the price moved closer to the bullish line. The bulls bought this dip and are trying to push the price back above the moving averages. If successful, the AVAX/USDT pair could reach the downtrend line of the descending channel. The bulls will have to break through this hurdle to signal a possible change in trend.

Polkadot (DOT) bounced off the strong support at $16 on March 5, but the bulls failed to push the price above the 20-day EMA ($17). This indicates that the bears are selling on rallies at this level. Selling resumed on March 6 and the buyers-enabled DOT/USDT pair fell to the strong support at $16. This shows that the pair is stuck between the 20-day EMA and $16. If the bears pull the price below $16, the pair could drop to the intraday low made on February 24. A break and close below this support could open the doors for more declines towards $10. Alternatively, if the price rises above the current level or recovers from the $16 to $14 zone, the bulls will try to push the pair above the 50-day SMA ($17).

What’s next for DOGE?

DOGE. The bulls are trying to defend the strong support at $0.12, but the lack of a strong rebound indicates a lack of demand at the lower levels. This increases the risk of breaking below the support. If this happens, Dogecoin (DOGE) could drop to $0.10. Both moving averages are bearish and the RSI is in the negative territory, indicating that the path of least resistance is to the downside. However, buyers are likely to defend the zone strongly between $0.12 and $0.10. If the price bounces back from this zone, the bulls will again try to break through the hurdle in the moving averages.