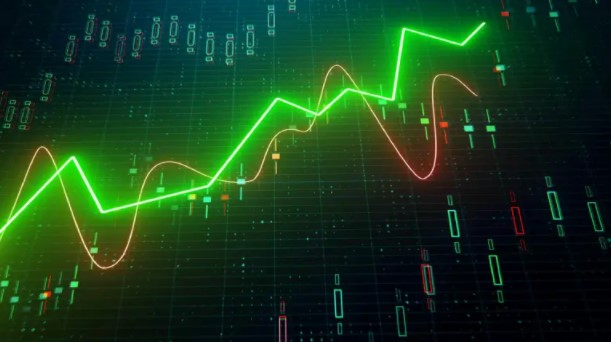 We examine analyst Rakesh Upadhyay’s predictions on BTC, ETH, BNB, XRP, ADA, SOL, AVAX, LUNA, DOGE and DOT on Somanews. BTC’s attempt to reclaim $40,000 has been thwarted by the bears, but any consolidation in the current range could benefit small and large cap altcoins. The analyst’s estimates are not exact, and we recommend that each investor do their own research.

BTC/USDT. Bitcoin (BTC) dropped below $38,000 on February 21, but the bulls are trying to stop the decline and start a recovery. Continued weakness in 2022 seems to dampen expectations of a strong rally. In the short term, crypto markets are likely to be affected by geopolitical developments between Russia and Ukraine, hints of the US Federal Reserve’s tightening cycle, and the performance of assets perceived as risky.

Bitcoin dropped below key support at $39,600 on February 20 and closed. Selling resumed on February 21 and the bears pulled the price down to $37,213.63. The sharp selling over the last few days pushed the relative strength index (RSI) into negative territory and the 20-day exponential moving average (EMA) ($40,986) fell. This indicates that the path of least resistance is down. Conversely, if the bulls push and sustain the price above $39,600 and the moving averages, it will indicate strong demand at the lower levels. This could open the doors for a possible rally to $45,821.

ETH/USDT. Ether (ETH) re-entered the descending channel on February 18. This was the first indication that the recovery was faltering. The bulls tried to push the price back above the channel on February 19, but the bears kept the pressure. The ETH/USDT pair broke and closed below the critical support at $2,652 on February 20, but the sellers were unable to develop this advantage. This indicates strong buying at lower levels. The price recovered sharply on February 21 and buyers are trying to push the pair above the resistance line of the channel. If they are successful, the pair could challenge the moving averages.

BNB/USDT. The bulls tried to push Binance Coin (BNB) back above the downtrend line of the descending channel on February 19, but the bears did not give up. On February 20, the sell-off was renewed and the bears dragged the price below the strong support at $390.50. This could have triggered stops for traders who bought the break and closed above the channel. The long wick on the February 21 candlestick indicates that the bears are attempting to turn the $390.50 level into resistance. If the bears pull the price below $357.40, the BNB/USDT pair could drop into the strong support zone from $330 to $320.

XRP/USDT. Ripple (XRP) bounced off the $0.75 support on February 18, but the relief rally fell again on February 19 near the overhead resistance at $0.85. This indicates that the bears are aggressively defending this level. The renewed sell-off on February 20 pulled the price into the strong support zone between the moving averages. If this support zone cracks, a few stops could be hit and the XRP/USDT pair could drop to $0.65 and later to $0.60.

ADA/USDT. Cardano (ADA) broke below the psychological level at $1 on Feb. 18 and closed. This indicates the resumption of the downtrend. The bulls pushed the price above $1 on February 19 but failed to sustain higher. The long wick on the February 21 candlestick indicates that the bears continue to hold the $1 level and try to turn it into resistance. If the price stays below $1, selling could begin and the ADA/USDT pair could drop to the next strong support at $0.80.

SOL/USDT. Solana (SOL) formed a long-legged Doji candlestick pattern on February 20, showing indecision between the bulls and bears. The bulls attempted to reverse the uncertainty on Feb. 21, but the bears successfully defended the 20-day EMA ($100). Both moving averages are falling and the RSI is trading below 38, which indicates that the bears have prevailed. Sellers will now try to push the SOL/USDT pair below the strong support at $80.83. If they are successful, the pair could resume its downtrend. The next support on the downside is at $66. If the price breaks and sustains above the 20-day EMA, this bearish view will be invalidated in the short term.

AVAX/USDT. AVAX broke below the moving averages and the bullish line on February 20, indicating that higher levels continue to attract selling from the bears. The bulls tried to pull the price back above the uptrend line on February 2, but the long wick on the candlestick indicates that the bears are holding the breakout level. If the price breaks and stays below $74.70, the AVAX/USDT pair could drop further to $65. The RSI has dropped into negative territory and the 20-day EMA ($82) has started to drop, suggesting that the bears have prevailed. This negative view will be invalidated if the price bounces back from the current level and rises above the downtrend line.

Predictions for LUNA and DOGE

LUNA/USDT. The long tail on the February 20 candlestick shows that buyers are defending the immediate support at $46.50. Terra’s LUNA token can now rise to the 20-day EMA ($54), where the bears are expected to establish a strong defense. If the price breaks down from the 20-day EMA once again, expectations of a break below the strong support zone from $46.50 to $43.44 are increased. This could bring the LUNA/USDT pair down to the critical support at $37.50. Conversely, if the bulls push and sustain the price above the 20-day EMA, the pair could rally to the downtrend line of the descending channel. The bulls will have to push and sustain the pair above the 50-day SMA ($63) to indicate a possible change in trend.

DOGE/USDT. Dogecoin (DOGE) tried to rise above the 20-day EMA ($0.14) on Feb. 19, but the long wick on the candlestick indicates that the bears are defending this resistance. Both moving averages are sloping down and the RSI is in the negative territory, suggesting that the bears have prevailed. For DOGE, the longer the price stays below the moving averages, the more likely it is to drop to strong support at $0.12. The bulls are expected to defend this level aggressively as a break below it could drop the psychological support at $0.10.

DOT/USDT. The failure of Polkadot (DOT) to recover the strong support at $16.81 points to a lack of demand at higher levels. This increases the possibility of another slide. If the bears pull and sustain the price below $16.81, selling could accelerate and the DOT/USDT pair could drop to $13 and then retest the critical support at $10.37. The downward sloping moving averages and the RSI below 37 suggest that the path of least resistance is to the downside. The first sign of strength would be a break and close above the downtrend line. Such a move could open the doors for a possible upward move to the 50-day SMA ($21.67) and later to $23.19.