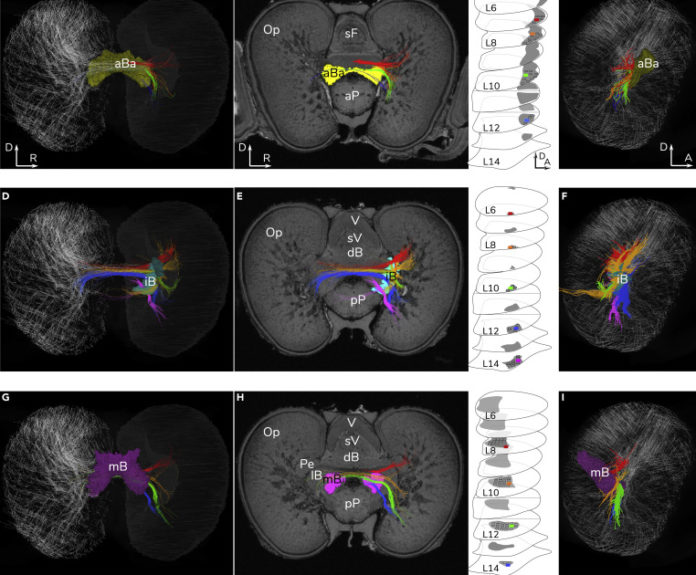 With their peculiar movements and surprisingly large genomes, cuttlefish have long attracted the attention of researchers. Scientists have studied the brains of these impressive creatures with the MRI device and found that their brains are as complex as dogs.

A team led by Wen-Sung Chung and Justin Marshall from Queensland University conducted the study of the squid’s brain with an MRI device. The article describing the results of the study was published in iScience.

One of the researchers, Wen-Sung Chung, said that MRI technology was first used to examine the brains of cuttlefish. Chung noted that the neuron numbers of cuttlefish are very close to dogs, while there are a lot of mice.

The 500 million neurons existing in the brain of Sepioteuthis lessoniana, the type of cuttlefish that researchers from the University of Queensland are working on, allow this creature to change color. These cuttlefish are ironically color-blind, although they can change color.

Wen-Sung Chung said, “We can see that there are too many neural networks reserved for camouflage and visual communication. The ability of squid to camouflage and communicate allows it to hide from predators and hunt itself. ”

From the data from the MRI device and other analyzes, the researchers gained important information to understand why cuttlefish always get the same color at certain times. Chung said they have obtained evidence to help understand why squid, which can only change the color of a part of their body, behave in such a wide variety of behavior.

The study on the brain of cuttlefish will also provide important information about the history of these animals. The adaptations experienced by cuttlefish and what other skills they carry can be revealed by these studies.

Your unused clothing will be recycled