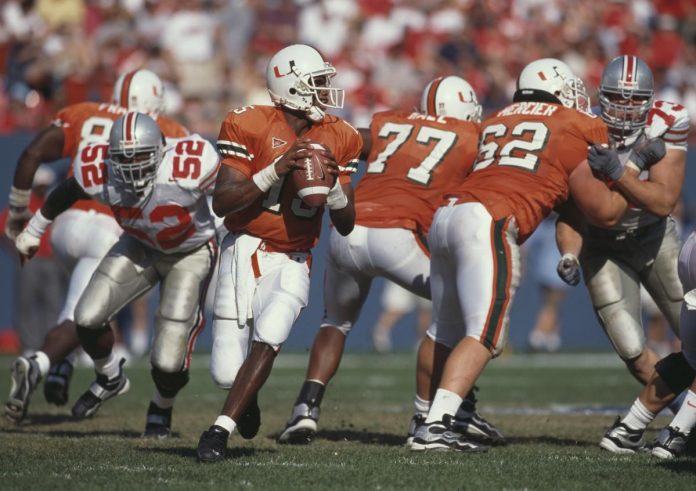 College football season is only a few weeks away, and one analyst decided to name the most hated teams since 1985.

From the USC Trojans led by Reggie Bush in 2005 to the Florida State Seminoles led by Jameis Winston in 2014, there have been plenty of hated teams in college football.

However, only one can truly reign supreme. College football analyst Brad Crawford called the 1986 Miami Hurricanes the most hated team of all time.

That’s why, according to 247Sports:

The birth of swag, so they say. When a shelter is run by fellow inmates, there is instant chaos, and this is exactly what the Hurricanes hoped to create on the field in the 1980s, when the U’s became the bad guys in college football. The then Sports Illustrated writer Rick Reilly put it best: “Miami is probably the only team in America that has team photos taken from the front and side.” On a team full of future NFL talent, Johnson basically didn’t believe in suspensions and took all disciplinary action on the spot.

This included several fines for alleged shoplifting and slap fraud. Miami’s victory wasn’t enough in the national championship game against Penn State after the Hurricanes infamously got off the plane in military uniform. Miami’s Heisman-winning quarterback Vinny Testaverde made five interceptions, and the Hurricanes lost by a score of 14-10, which was their only loss of the season. The widespread hatred began the previous season when Johnson and the Hurricanes blew up Notre Dame by scoring 51 points in a Catholic vs. Outlaws duel. In five seasons with the Hurricanes, Johnson won the national championship in 1987 with a score of 52-9 and finished in the top three three times, which was one of the best results ever.

It is noteworthy that none of Nick Saban’s teams from Alabama were included in the list, despite the fact that fans were furious because of the Crimson Tide’s historic performance over the past decade.

What do you think about the choice?

Kyle Shanahan spoke about his hopes for George Kettle