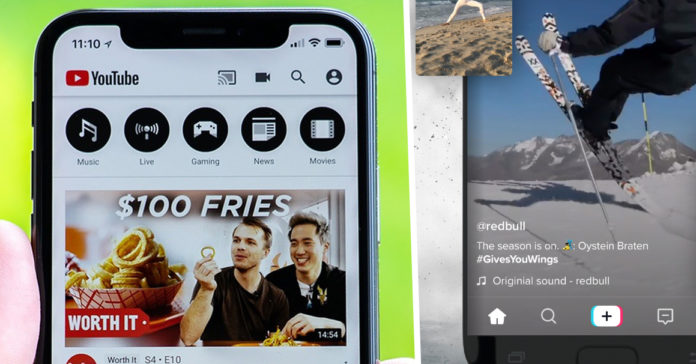 Although TikTok has been criticized quite a lot especially for the videos shot in our country, it has been able to attract the attention of the standard users as well as the phenomena due to the rapid increase in the number of users and becoming popular worldwide. YouTube, of course, does not like this interest. The company will soon rival TikTok with YouTube Shorts.

YouTube Shorts will rival TikTok
The fact that TikTok is so popular allows people to choose videos from a variety of sounds and music to create videos. In this context, the YouTube Shorts application will follow a similar path.

According to the information shared by The Information, similar to TikTok, short videos uploaded by people in the app will be listed. Videos can be created using any track on YouTube Music.

While this preparation is confirmed by MSNBC, it is not hard to understand why YouTube wants to compete against TikTok. According to January reports, TikTok has achieved more than 125 percent growth in the past two years. TikTok, which has hundreds of millions of users and cultural content from every country, has been downloaded 842 million times from the App Store and Google Play Store in the past year.

For the first time, YouTube is not preparing to incorporate a popular feature / application. The Stories feature, which came into our lives with Snapchat and became popular with Instagram, took its place on YouTube a long time ago by offering a different time.

Google Maps Receives An Update That Makes It Easy To Find...