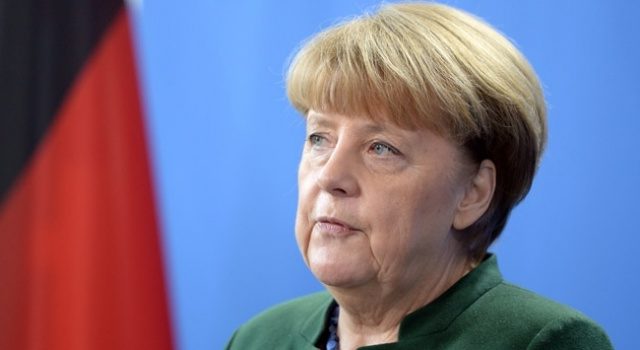 These days when the world is struggling with the new type of coronavirus epidemic, a very striking report prepared by the German authorities eight years ago has surfaced. The report says the new mutated SARS-CoV virus will come out of an animal market in Southeast Asia and kill thousands of people worldwide.

A report titled “Risk Analysis and Public Protection” was reached. The report, presented to German Chancellor Angela Merkel and the German Assembly eight years ago, draws a projection of the chaotic days we are experiencing today.

The report, which contains astonishing statements, says that SARS-CoV, which emerged in November 2002 in Guangdong province in China and spread to 29 different countries, will mutate and become a pandemic.

It is predicted that the new type of coronavirus, which is predicted to come out of an animal market in Southeast Asia, will rapidly precipitate the immune system of people and cause the death of thousands of people worldwide. In the projection drawn in the report, it is stated that the Chinese from China or 6 to 10 Germans going to China can spread this disease and everyone will infect the disease up to 10 people.

According to the report that the mutated virus will be transmitted to people much more rapidly than SARS-CoV, “This virus, which we have not been able to name yet, will cause a high rate of deaths. In terms of symptoms, Modi-SARS and SARS CoV will be very similar. It will take 5 days to spread from one person to another. In the person who has the virus, his symptoms will appear between 2 and 14 days. ”

In the report prepared eight years ago, even the symptoms of the new coronavirus disease were estimated correctly. Symptoms of the new virus; While high fever, dry cough, shortness of breath, x-rays are said to be in the form of various symptoms in the lungs, chills-chills, vomiting, dizziness and muscle aches, the disease can cause deaths of up to 10 percent, especially in older people and those with chronic disease. is expressed.

The report says that the new virus will be very similar to SARS, but it will shake the health system deeply and push the boundaries. Stating that the new infection will be effective in three waves, the report said, “The most dangerous will be the first wave. Then the second and third waves will follow. Thus, a pandemic will be spread over three years. The virus will mutate twice during this time. Once you close this disease, it will not be affected by the same virus for 360 days. However, it will be negatively affected by its mutated state and another similar virus. “The quarantine measures against the virus, the closure of schools, the ban on being in crowded places, the ban on close contact will be necessary.”

“The mortality rate in older people can reach 50 percent,” the report says, 7.5 million people will die if no action is taken. It is stated that German Chancellor Merkel has listened to the recommendations of the scientists in the report and strengthened the health system in the country and took all precautions.

According to the data shared by German officials, the number of people who died in the country due to the new type of coronavirus (COVID-19) increased to 123 and the number of cases to 29 thousand 56. With these numbers, Germany has become one of the top five countries with the highest number of cases.