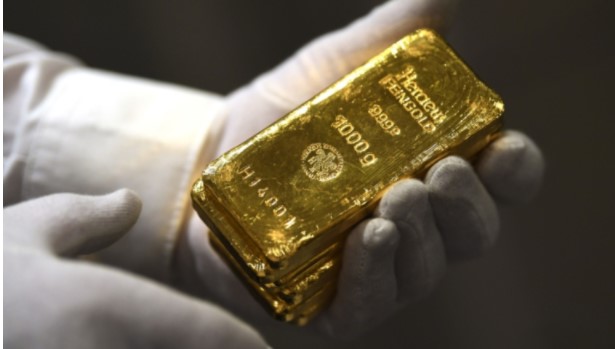 A hawkish trend to the Fed’s recent monetary policy decision, supported by comments from US Federal Reserve Chairman Jerome Powell, is encouraging hedge funds to increase their short bets on gold and abandon their bullish forecasts, according to the latest data from the Commodity Futures Trading Commission (CFTC).

“Golden net position has fallen rapidly in about three years”

The CFTC’s Commitments of Traders report for the week ended Feb. 1 shows money managers slashing their speculative gross long positions in Comex gold futures by 32,331 contracts to 108,309. At the same time, short positions increased by 19,130 ​​contracts to 58,395.

Since the FOMC meeting, markets have priced in the possibility of five rate hikes this year, with a potential increase of 50 basis points in March. Since the January monetary policy meeting, positive economic data, including strong January employment numbers, further solidified expectations.

Commerzbank precious metals analyst Daniel Briesemann says gold prices have risks he can tackle in the near term, ahead of the next Federal Reserve monetary policy meeting in March. The analyst explains the effect of expectations on gold prices as follows:

We will see how long gold can last in the current market environment characterized by rising interest rate hike expectations. It also turns out that gold is struggling to make any noticeable gains in the current market environment. We expect the performance of the gold price to decline until the first interest rate hike by the Fed, which we believe will take place in March.

Similar to gold, the silver market has also seen a sharp drop in upside speculative interest. The distributed report shows that money-administered speculative gross long positions in Comex silver futures fell by 5,521 contracts to 46,101. At the same time, short positions fell by 9,939 contracts to 34,142.

Silver’s net position stands at 11,959 contracts, down more than 56% from the previous week. An increase in the bear position pushed the price of silver from $24 to $22.00 during the survey period. While silver remains stuck in a fairly wide channel, analysts remain bullish on the precious metal as industrial demand remains firm.