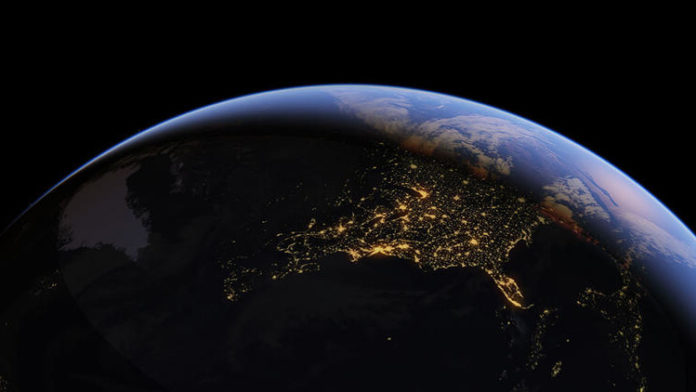 Scientists have been doing research on how this planet we have been living in for many years. As a result of the researches, different claims come out. Now, a new one has been added to these studies. The University of Copenhagen has an idea of ​​how our world was formed.

According to an existing theory, the formation of the Earth was caused by the collision of large planets. The University of Copenhagen has made a striking claim, while randomly colliding large planets are thought to form our world. Martin Schiller, who worked on how the earth was formed, said that planets were formed by the accumulation of Earth’s cosmic dust. As a result of the research, a new theory and alternative emerged.

The world occurred suddenly with the accumulated dust:
Researchers argue that the same process can occur elsewhere in the universe, based on the evidence of the theory that planets are formed through the accumulation of cosmic dust. “The other idea is that everything actually starts from dust. All the objects in millimeter are coming together, it is officially falling over the expanding object and forms the planet in a snap.” “It is not only an interesting subject for the Solar System. It is also very important for evaluating the formation of planets elsewhere in the universe.”

The researchers behind the study argue that this brittle meteorite-type dust is formed due to the bulk composition of the Solar System. It was stated that such dusts were transferred to the growing Sun with gas and combined.

In the light of the research, the most precise measurements of iron isotopes, which have been scientifically proven so far, were determined. Researchers studying the isotopic mixture in different meteorites have found only one type of meteoritic material with a composition similar to that on Earth: CI sandy meteors. Schiller argued that Earth’s formation took about five million years and our planet was formed thanks to CI sandy meteors. Researchers estimate that Earth’s iron core is also formed by this method.

BTS AND OTHER FAMOUS MUSICIANS WHO HAVE APPEARED AT THE SIMPSONS

PSP becomes the subject because its batteries are broken

The Powerpuff Girls will have a new Live Action series