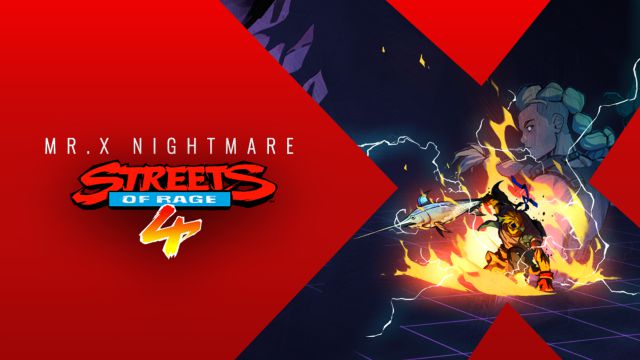 Streets of Rage 4: The title of DotEmu, Lizardcube and Guard Crush Games details all the news that will arrive soon.They already warned from DotEmu: at the moment they are not thinking about the fifth installment, they prefer to focus on continuing to nourish Streets of Rage 4 with content. The classic beat’em up returned with the approval of SEGA in a completely new delivery, developed in collaboration with Lizardcube and Guard Crush Games. After being received by critics and fans with open arms, the time has come to look to the future. The publisher has announced Mr. X Nightmare, a paid DLC that will add three new playable characters and a special survival mode.

Although they have not announced a specific date, it will be published throughout this year on PC, PS4, Xbox One and Nintendo Switch. At the same time, players who own the base game will receive a free update that will add additional content on all platforms. As if that were not enough, DotEmu has taken advantage of this moment to confirm that the video game has already exceeded 2.5 million downloads.

The announcement has been accompanied by a trailer, which you can see on these lines. In the video you can see the police Estel Aguirre, one of the three characters that will be part of the DLC. Although she was already present in Streets of Rage 4, users will now be able to control her and enjoy her powerful punches and spinning kicks; the other two protagonists also appear in the trailer.

As for survival mode, the first details will be revealed soon, but players will be able to challenge other users and prove their skills. The door will be opened to create a personalized fighting style thanks to the customization of the characters, while the new weapons and enemies will reinforce the interest in the confrontations. Tee Lopes, a composer who has worked on Sonic Mania, League of Legends and Monster Boy and the Cursed Kingdom will be in charge of writing additional music.

The free update, meanwhile, will add more difficulty thanks to the new New Mania + mode. Also, a training system, color palette options and more will be implemented.

Streets of Rage 4 is available on PC and on the aforementioned consoles, although it can also be enjoyed on PS5, Xbox Series X and Xbox Series S thanks to backward compatibility.

Call of Duty Warzone, a year after the first jump