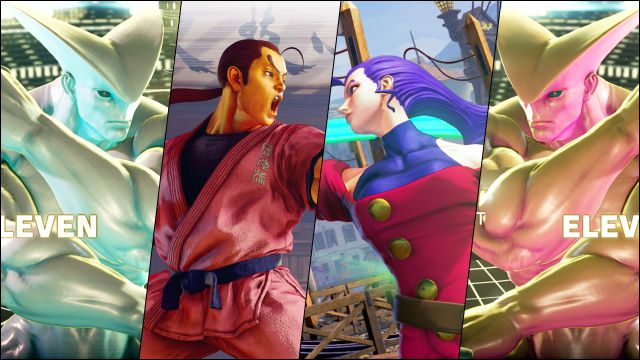 Capcom presents the news of the Winter Update of its fighting video game, which also presents the so-called Premium Pass for 39.99 euros.

Capcom has announced all the news of Season 5 of Street Fighter V. The video game, which faces a free trial period this February on PlayStation 4, adds the Winter Update to its list of content, which brings with it a new character for the Character Pass, a new V-Shift defense mechanic and new Dan Hibiki and Rose details. Also, those of Osaka have presented the Premium Pass. Let’s know all the details.

The video, which you can see attached to this news, is almost half an hour long. Capcom has broken down in detail every aspect of the long-awaited Winter Update of the title, whose Season 5 begins this February 22. It will be on that date when players of the game – available on PS4 and PC – can update for free to welcome the new V-System mechanic: V-Shift.

We are facing a defensive mechanic that allows us to overcome situations that can lead to a K.O. This V-Shift move can be used in any situation, but it consumes a considerable amount of energy from the V-Gauge bar. In addition, if we use it at the right time, it will give us the option to continue it with a backdash capable of slowing down time, unstoppable, with which to make several attacks in a row.

On the other hand, it is worth noting the return of Dan Hibiki (Saikyo’s teacher) and Rose, who are part of the Character Pass. Finally, Eleven, a new fighter that will also arrive this February 22 as a bonus character for those who buy the Character Pass V. It is a prototype of Twelve (Street Fighter III) with the ability to transform into any Street Fighter V fighter , which supposes an unpredictable character to their confrontation.

Earlier we mentioned the Premium Pass, which is still a season pass with all the additional fighters from Character Pass V plus a multitude of cosmetic outfits. Its price will be 39.99 euros (via Steam).

Street Fighter V: Champion Edition is available for PS4 and PC with all the contents of the first four seasons. You can read our analysis here.