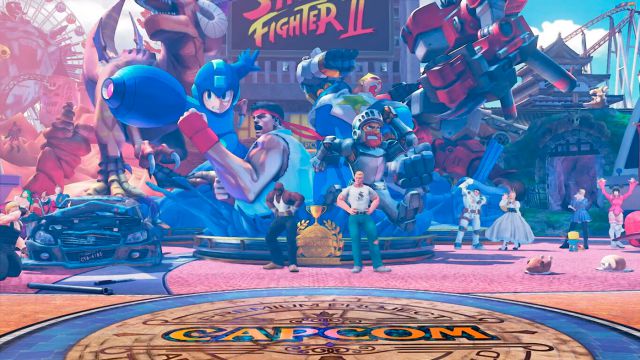 Street Fighter V: Capcom presents a new scenario full of winks based on the company’s iconic arcades along with a new DLC with paid costumes, colors and more. Street Fighter V Champion Edition does not slow down at the level of new content via DLC despite recently announcing its definitive update, all this before the arrival of the new installment of the saga. So much so that Capcom has presented a new scenario that pays tribute to the history of the company’s arcade games, along with other aesthetic extras such as special costumes, colors, titles or Fight Money, among others. All this as part of the so-called CPT 2022 Premier Pass or for sale separately.

Thus, the so-called Ring of Arcade is a new setting packed with details and nods to Capcom’s history in arcades, with cameos and Easter eggs everywhere. From Ghost ‘n’ Goblins to Street Fighter II, with the presence of the iconic Scott and Max, that pair of characters that appeared in the original intro of the title in the early 90s.

In addition, up to three new costumes are offered for M. Bison, Akira and Seth, priced at 4.99 euros each. For its part, the aforementioned Ring of Arcade scenario will be priced at 9.99 euros. Along with these DLCs, the so-called CPT 2022 Premier Pass will also be offered, which includes all of the above along with a new color for each of the 45 fighters, 5 exclusive titles, 2 exclusive profile themes and a bonus of 10,000 Fight Money, all this for 19.99 euros.

Let us remember that the definitive update of Street Fighter V for PC and PS4 will be available this coming March 29, 2022 completely free of charge and will include a new balance of fighters with new combos and combat strategies, a new competitive season, new colors and filters graphics, among other innovations.

Eddie Murphy is back with “A Prince in New York 2”!