Home Entertainment Street Fighter 6 World Tour May Tease With The Return of an... 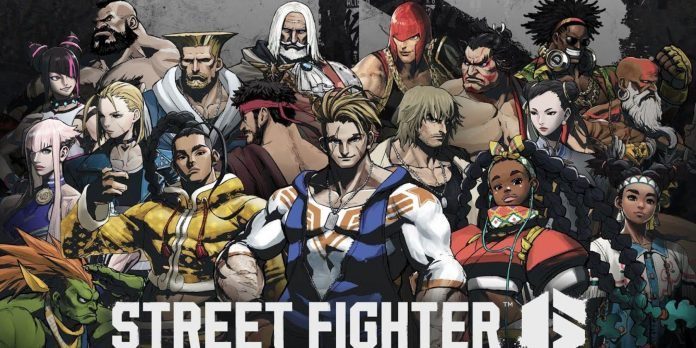 A large amount of information about Street Fighter 6 appeared during the Tokyo Game Show 2022. Fans now know most of the game’s features and its starter list, and closed network testing will take place in October. Now players have a good idea of what the huge Battle Hub lobbies contain and how their avatars will interact with the sights inside. The work of the creator of the Street Fighter 6 characters was also demonstrated and what events and special fights are expected in the world tour covering the whole world.

The huge amount of content in Street Fighter 6 speaks to the new efforts that Capcom is putting into it. From the wacky extreme battle to the visual representation of the frame data available in the Street Fighter 6 training mode, it seems that every part of the game is handled with care. This may also extend to the story, as the latest trailer showing the opening video for the World Tour is unexpectedly revealed. Even with all eighteen launch fighters featured in the aforementioned trailer, and four more leaked ones that are likely to appear as DLC, this person is separated from the rest and is one of the last that fans expected to see.

The introductory video mainly consists of moving text and images showing all the game characters that will be present at the launch of Street Fighter 6. At the end, everyone gathers for a group shot. However, discerning viewers will notice that one additional character was shown earlier in the trailer. Immediately before the group is shown, an image of a bearded man in a wide-brimmed hat is shown with several lines of text quickly covering the screen. Viewers who pause watching the video immediately after the start of this section will quickly draw parallels with the old popular character.

Although it is unconfirmed, signs point to G, the self-proclaimed president of the world, returning in Street Fighter 6. The man shown near the end of the World Tour opening shares G’s hat, the upper folds of his vest, and the overall style of his beard. However, it can be assumed that the figure is actually a similar new JP character who appeared on his own screen earlier in the trailer. JP may have a beard and mustache closer to this figure, but he also has much longer hair than G and the mysterious man. Their clothing is also significantly different: JP wears several items around his head, which are not visible here. If it’s not the wrong direction, it looks like it should be teasing G.

What G could be doing in Street Fighter 6

The presence of G in Street Fighter 6 came as a surprise, but in retrospect it makes a lot of sense. Each numbered Street Fighter game has a new main character and a villain associated with it. While the villains are usually obvious, the heroes are less obvious: Ryu, Gail, Alex, Abel and Rashid present their respective debut games. One would think that Nekalli is the villain from the poster for Street Fighter 5, but on the official art depicting the bad guys of the series, G. is used instead. This decision is strange, since G came too late to become the main character, and spent his appearance in the plot on nothing more than friendly self-marketing. However, conversations with Rose and Gill clearly show that something more is going on with this strange presidential figure.

It seems that he has some kind of plan, including using the Gates of Harmony to unite all the people of the Earth with the planet and, accordingly, with him. G also has unexplained connections with the sinister character Q from Street Fighter 3 in his story suit and set of moves. All of this seems to indicate that G will be a central figure in the Street Fighter 6 world tour, possibly as or together with JP and even Q. The story may include the Mad Gear gang acting as antagonists during the Metro City part, but a new threat may appear later with characters with abbreviated names. Be that as it may, G’s participation marks a new type of multiplayer setup for Street Fighter, and hopefully it will be as exciting as it sounds.