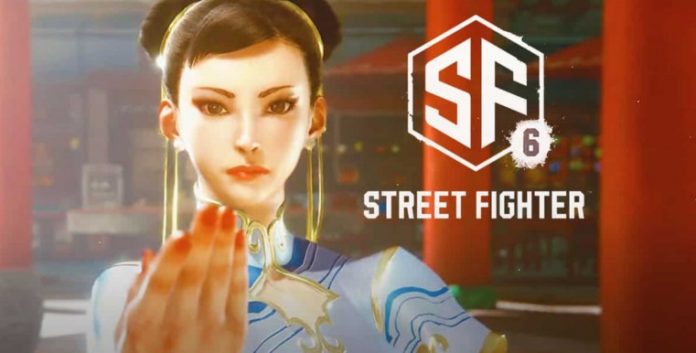 Street Fighter 6 was first announced in February 2023 with a very short teaser showing Ryu’s new scruffy look. More details about the game emerged during the State of Play on June 2, and more details have since been revealed or leaked. However, we still don’t have an exact release date other than the 2023 release window. However, we are already looking forward to the next Street Fighter game.

Among the innovations of Street Fighter 6 is its transition to the RE Engine (do you see a pattern between Ryu and Chris Redfield, whose faces become super scruffy?) and the introduction of in—game comments during fights – for the first time in the Street Fighter series.

Fighting Ground — consists of various classic game modes, such as Arcade, Online, Training and Local Versus. Fighting Ground is a place where players go if they just want to win.

World Tour is an exciting single—player story mode that “pushes the boundaries of what a fighting game is and allows players to leave their legacy with their avatar.” We’re not 100% sure what that means yet, but it sounds promising and exciting. This game mode will allow players to create their own character and interact with the open world for the first time in the history of Street Fighter. In this mode, players will be able to study under the guidance of different masters, learn new techniques and improve their characteristics.

Battle Hub is “a place that provides players with new and unique ways to interact, communicate and interact.” Initially rather vague, additional information about the Battle Hub revealed during the Tokyo Game Show revealed that the Battle Hub is just a hub for online multiplayer battles where you can showcase your created character.

The main new feature in Street Fighter 6, of course, affects how players fight and act out their moves. This new game features a drive counter that replaces the V-shaped scale from Street Fighter V. Approximately the same drive meter allows fighters to use various abilities. The driving meter is a multi-segment yellow indicator that can be found right under the health scale. Among the various things you can do with your Drive Meter are:

Drive Impact: A heavy attack that can absorb an incoming enemy attack, similar to Focus Attack. When executed near a corner, it can pin the opponent to the wall, even if he is blocking, which makes it much easier to break into the wall protection.

Drive Parry: Deflects an incoming attack and replenishes the drive counter. “Perfect parry” can be performed if the attack is reflected perfectly synchronously.

Overdrive: Replaces EX special devices. Enhanced special attack that adds hits or improves the properties of the base attack.

Drive Rush: A quick dash that can be performed either from Drive Parry or from a normal kick that can be undone. A hasty deviation from the usual movement costs more Drive scale than parrying.

Movement Reversal: Similar to alpha counter or V-reversal — the user blocks an incoming hit and responds with a low damage movement.

These movements reward memorization of the opponent’s gestures and quick reaction speed, since it is easier to change the situation with the help of driving abilities. However, players will also have to be a bit conservative in using the motion counter. Although it will slowly replenish over time, the complete depletion of the drive counter will send the player into a “burnout” state.

In an attempt to make Street Fighter 6 more accessible to new players, a simplified control scheme was introduced, similar to the one used in Marvel vs. Capcom 3. With this control scheme, the usual input with six buttons for attacks will be replaced by simpler three general attack buttons, as well as a button for special attacks, which will make it easier for beginners to perform complex attacks.

Of course, mastering complex game controls for combos and special techniques will still surpass anyone who uses a simplified control scheme. This will not be discussed. The simplified control scheme is designed only to make it easier for beginners to plunge into the world of fighting games, as well as for fans of single-player games who just want to go through the plot of Street Fighter 6.