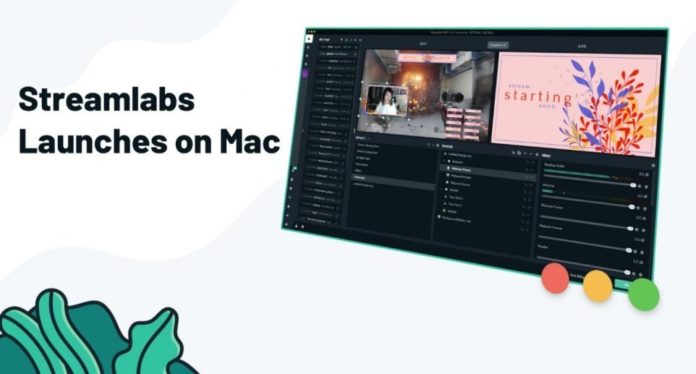 Streamlabs OBS, the live broadcast software for broadcasting on platforms such as Twitch, YouTube, Facebook, has been released for Apple’s operating system macOS. The software, which has similar features to the Windows version, also has some innovations.

Many people have quarantined themselves at home because of the new type of coronavirus that surrounds the world, COVID-19. Many of those who spend time in their homes try to spend their time by reading books, watching TV series / movies / television or watching live broadcasts.

Streamlabs OBS is a broadcasting program mostly used by online broadcasters; It is known for having a simple interface, usefulness and no problem for the publisher. Streamlabs OBS, officially serving on Windows and Linux, has been released in the macOS operating system.

Streamlabs OBS’s macOS beta has started.
Streamlabs OBS, the popular live streaming software, has been officially released for the macOS operating system. The company, owned by Logitech, will be able to use the Streamlabs OBS beta on the macOS devices. Twitch, Youtube, Mixer, Facebook and more have announced that they can stream to the live streaming platform.

In the blog post by Streamlabs, it is stated that the new software published for macOS aims to support publishers to produce online content. The macOS version, which offers a very close usage experience with the Windows version, also includes a feature that offers the most suitable settings by analyzing the systems and internet speeds of publishers.

Some features of the macOS beta version of Streamlabs OBS:

Video Coding Optimization: A machine learning system encodes the image, allowing you to reduce CPU usage by more than 20% while maintaining video quality.

Selective Recording: Select the sources that will appear when recording your live broadcast.

Premium Overlay Themes: Over 250 free skinning themes made from the best designers in the business

Integrated Chat: An integrated chat window that helps broadcasters watch all the chats on their channels.

Merch Store: Streamlabs merch store feature allows live broadcasters to customize different product types with their own logos and sell them for free.

You can click here to try the beta version of Streamlabs OBS released for macOS and make live broadcasts using this software.

The iPhone 13 will hit stores with smaller notch