Home Entertainment Stray makes the best use of DualSense on PS5 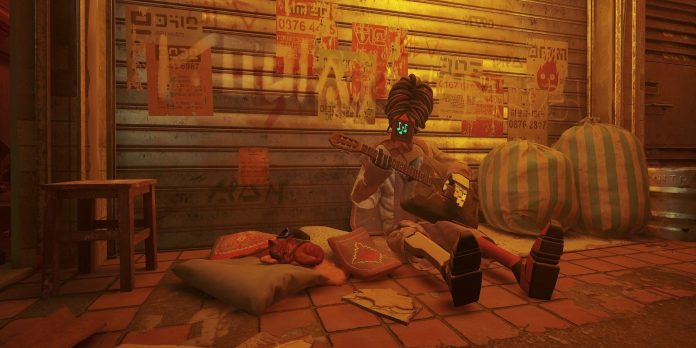 When Stray was first announced in 2020, it had already impressed fans because of the concept of controlling a cute cat in a dark robotic city. However, now that the game is finally in the hands of players, especially due to the fact that it is available on PS Plus Extra, many are beginning to understand how games can be intentionally designed for the PS5 and its DualSense controller.

Although Stray is available for PC and PS4 in addition to the PS5, the latest PlayStation console may be the best way to experience the new indie darling. Even if the overall impression is short, there are moments where the new features of the DualSense controller are used to immerse players more than in most other PS5 games.

How DualSense is superior to the previous DualShock

Since the PS5 has been missing for more than a year and a half, the hype about how the new controller works has subsided a bit. So, let me remind you that the advantage of DualSense is that it brings tactile feedback and adaptive triggers to next-generation games, offering a more immersive gameplay experience. DualSense features are still used as an argument in favor of selling some games, such as F1 22, and while developers are paying attention to how Stray uses this new technology, it can still attract the attention of PS5 owners.

It should also be noted that DualSense also works on PC, which means that regardless of the system, the PS5 controller is still the best way to play games like Stray. This means that the PS5 itself isn’t exactly necessary for better gameplay with DualSense, but it’s likely to be a system that gets bigger updates faster. Despite this, tactile feedback is the main feature of Stray, which distinguishes the indie pet even against the background of AAA games, since they were designed specifically with DualSense in mind.

The first and most obvious way that players are likely to feel the direct interaction between Stray and DualSense is how the meow mechanics work. Similar to the older DualShock controllers, the built-in speaker in DualSense appears for some of the more useless moments on the PS5, including the meow of a Tramp. As many players who want to pick up the Tramp’s trophies, such as the “Little Chatterbox”, will notice, the cat’s meowing sounds both through the controller speaker and through a more traditional audio system. However, this only scratches the surface of these interactions.

One of the most noticeable interactions takes place in various areas where the player can sit and relax, at some point waiting in one of these places for at least an hour on the way to receiving the platinum trophy of the Tramp. While these resting places can already be charming and soothing, the tactile feedback on DualSense allows the player to feel and hear the purring of a cat during sleep, sounding and feeling like snoring. For players who are most attracted by the attractiveness of the cat itself, there are additional layers of feedback about how charming the game can become not only with a sleeping kitten, but also with the fact that it literally purrs in their hands.

Of course, tactile feedback is not the only feature that is emphasized by the integration of the DualSense Stray controller into the gameplay. Adaptive triggers even have a chance to prove themselves with scratching segments, some of which are actually necessary to complete the chapter “Wandering Slums” and even the end of the game. They give realistic resistance to digging claws into carpets and wooden poles, allowing the player to really feel the scratching process like a cat.

Immersion is a difficult topic for games, as this concept can often be elevated to the most important aspect of games that boast realistic graphics or dynamic weather. However, while immersion shouldn’t improve or ruin the game to the point where Easter eggs and jokes are seen as damage, that’s what Stray excels at. It is this immersion that encourages players to explore the world of the Tramp and discover the secrets hidden in the city and the memories of the companion robot B12.

Thus, maintaining immersion with the DualSense controller only helps the player to dive deeper into the cat’s point of view as he explores the deserted fortress city of the Tramp. This is combined with a low camera that sees the companions as giants, and cramped spaces that only the protagonist’s cat can pass through. So, everything eventually converges to take the player out of the human point of view and turn into someone who may be the smartest cat in the world.

What is the difference between other exclusives for PS5

To claim that other PS5 exclusives didn’t use the DualSense controller would be going too far, given the list of games currently on the system.

Johnny Depp reunited with his lawyer Camilla Vasquez at a rock...