Home Entertainment Stray Kids will have a new fan meeting to be close to... 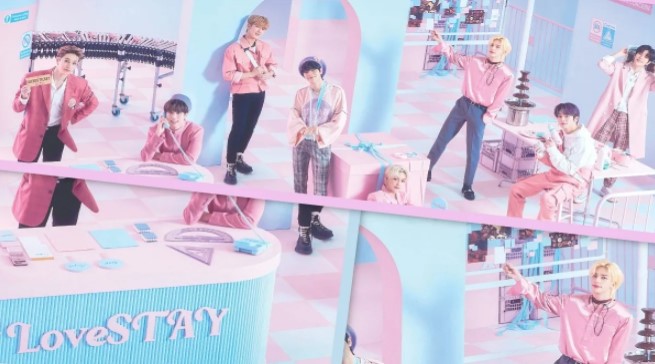 STRAY KIDS always wants to be in contact with STAY and the group has prepared a special fan meeting for STAY, know all about ‘SKZ’z Chocolate Factory’.

The relationship of K-Pop groups with their fans is quite close, idols always try to be connected with their fans at all times and with STRAY KIDS there is no exception, their fandom has really given them great support and support since the beginning. debut of the band.

STAY is the great fanbase that is responsible for showing great love and admiration for the members of SKZ, thanks to the teamwork of the idol group with their fans, they have achieved great goals and achievements giving them an incredible relevance within the industry.

Through social networks such as Bubble, Instagram and Twitter, as well as on VLive, the members of STRAY KIDS have been aware of their fans, but they have also had fansings where they can be face to face with those who give them all their affection without limits .

SKZ wants to be by STAY’s side and the idol group has prepared a very special event to join their fans, they will soon have their second fan meeting, know all the details.

Very soon STAY will be able to be very close to STRAY KIDS in the group’s new fan meeting, it is SKZ’s Chocolate Factory, a special date that the idol group will have with their fans one year after their last convention; This will be a face-to-face event and also online.

The second STRAY KIDS fan meeting will be held at the Olympic Park Olympic Hall in Seoul, South Korea, but STAY from around the world will be able to watch it through Beyond LIVE.

STRAY KIDS KIDS and STAY will have a nice Valentine’s date because their K-Pop group fan meeting is very close to the date, it will be on February 12 and 13, 2022, both days will be held in person in Korea and the second date will be the one that will be transmitted through Beyond Live.

More details such as ticket sales, merch and more will be announced very soon for this great event that STRAY KIDS has prepared for its fans.

SKZ’s fan meeting is one of their activities for their 2022 schedule, do you already know everything the idol group plans for this year?

Cuphead: Review of the Delicious Last Dish Round up – Extra-Fortress...