Home Entertainment Stray Kids: This Is How Bang Chan Chose The Band Members 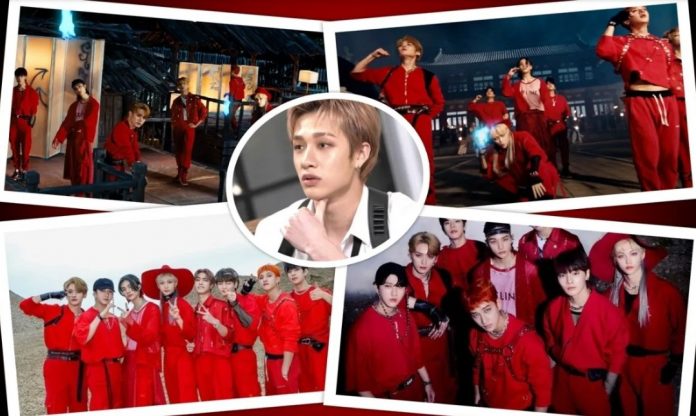 STRAY KIDS has worked in an impressive way, the 8 idols of the group created a perfect harmony that makes this K-Pop group one of the best; Guided by Bang Chan, they make the best of the teams, what did you use to select your teammates?

Since 2016, STRAY KIDS began to form , with 3Racha and Bang Chan, Changbin and Han still being trainees ; later, all of them and some other young people, would participate in a reality show to be able to debut and, finally, in 2018, SKZ had its first release.

Quickly, the talents of 8 guys came together, full of energy and eager to show their best on stage ; Chan helped select the members , seeking to create a K-Pop group not only full of glitter, but also people who share the same passion and love for music .

How did Bang Chan decide to choose each of the members? The SKZ leader saw something in each of them and that’s when he knew he had to keep them together to function as the great team they have managed to forge in this time.

WHY DID BANG CHAN CHOOSE THE MEMBERS OF STRAY KIDS?

What did Bang Chan see in IN ? During one of the dynamics with him, he had to prepare a Halloween concept and they thought to put SKZ’s maknae in the middle, he accepted the position with responsibility; He showed all his talent and confidence, characteristics that convinced Chan to join STRAY KIDS.

He managed to get Bang Chan’s attention thanks to his way of thinking and seeing the people around him, as well as being kind, friendly and humble; These characteristics like Chan in addition to his great talent as a singer.

Besides that Felix also came from Australia as Bang Chan, he impressed his now leader with his incredible voice, Chan’s creativity traveled when listening to Felix and he also noticed his great presence on stage and that’s why he decided to choose him.

Bang Chan spent a lot of time with Han and noticed how hardworking he was, as well as being full of talent for dancing, rapping, and singing; Because of all this, Chan decided to never let Han go.

Hyunjin impressed Bang Chan with his great passion for dance, seeing him so good at the discipline and given to it, he decided that he could not let go and had to be part of STRAY KIDS.

Changbin’s talent as a rapper, in addition to his incredible songwriting, great personality, and chemistry between the two was what led Bang Chan to make Binnie part of SKZ.

Although Lee Know did not have as much time as a trainee, Bag Chan noticed that he had a great understanding and love for dance, he decided that he should be the one in charge of the SKZ choreography and therefore made him part of the band.

Bang Chan was very observant and found everything to formulate a perfect group, all the idols of STRAY KIDS shine brightly and work in the best way without forgetting that Bang Chan is the best leader.

Everything we know about season 3 of “Mandalorian”