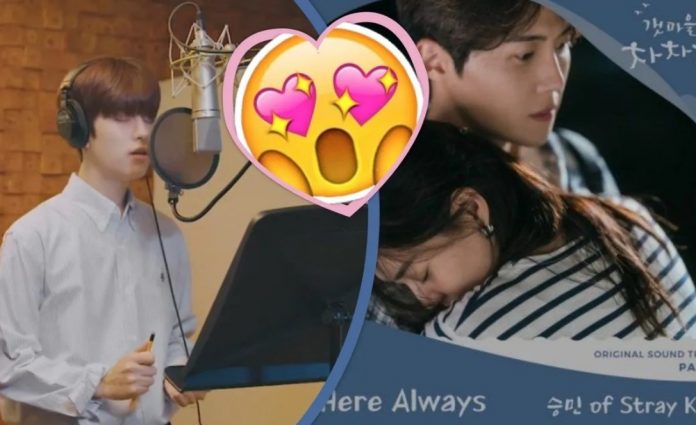 The idols of STRAY KIDS are full of talent and have shown it throughout this year, with their participation and triumph in Kingdom , the premiere of their Korean album ‘NOEASY’ and their comeback in Japanese with ‘Scars’ , the members of The boy band have not stopped working and showing all their skills on stage.

Both together and individually, all members of SKZ can shine with their singing and dancing talents and Seungmin is no exception, his voice is incredible and his vocal tone can be easily found in every song of his K– group. Pop .

Seungmin’s talent was captured in a very special song for the drama ‘Hometown Cha Cha Cha’ and manages to touch the hearts of the fans of this romance drama , have you heard the OST of this STRAY KIDS idol yet ?

This is the first time that Seungmin participates in the OST for a drama , the idol lent his voice for the song ‘Here Always’ , a track that we can hear on the soundtrack of ‘Hometown Cha Cha Cha’ ; fans were excited to hear the singer in some scenes of the drama.

Without a doubt, it is a very cute song in which it represents the romance in this K-Drama in the best way .

IN WHICH EPISODES DOES SEUNGMIN’S SONG APPEAR IN HOMETOWN CHA CHA CHA?

The 10th and 11th episodes of Hometown Cha Cha Cha were the first we were able to hear Seungmin’s ‘Here Always’ , the production has released the full track and a special MV for this OST theme for which SKZ’s idol participated .

In the official video of ‘Here Always’ we see more scenes from the drama and we find a new side of Seungmin that with his voice enhances the romance of this story and leaves us more of his solo talent. STAY does not stop being proud and sharing this new song.