Home Entertainment Stray Kids – Review of “Maxident”: favorite novelty from the most experimental... 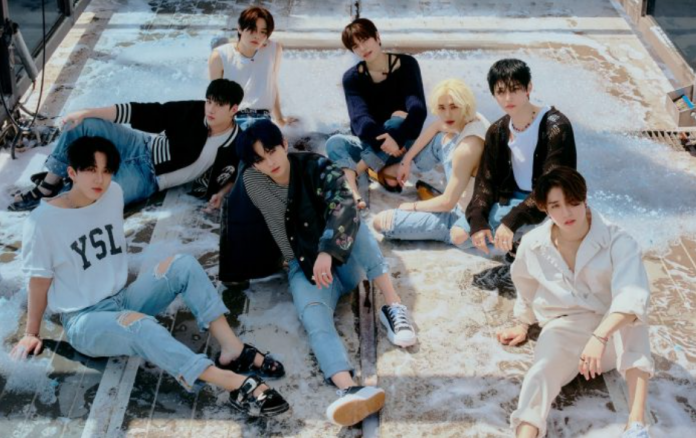 After their latest release topped the US charts, the eight—piece band is once again showing their growth – this time by immersing themselves in romance.

Since their debut in 2018, Stray Kids have earned a reputation for constantly breaking new ground, each release pushing their sound and artistry forward. “Maxident”, their ninth mini-album, continues this approach, this time using both a fresh sound and a new theme to continue the album “ODDINARY”, which topped the Billboard 200.

Love may have appeared here and there in the boy band’s discography in the past, but they have never immersed themselves in the topic as much as here. “Maxident” for the first time deeply explores romance, but at the same time does not jeopardize the unique musical DNA of Stray Kids.

The album’s newcomer and the title track “Case 143” immediately make it clear. Where love is often spoken of softly and tenderly, a group of eight people comes with something more audacious and disorienting. The song is built on an ever-changing stream of sounds, some dark and ominous, others wavering and tumbling. It all boils down to an accurate depiction of how someone enters your life and turns it upside down by their mere presence. “Why am I constantly attracted to? /I’m drawn to you like a magnet,” Hyunjin, Changbin and Felix ask during the infectious chorus.

Later, “Give Me Your TMI” — all driving guitar riffs and growling bass— describes the feeling of stuttering at the beginning of a new relationship. Rapper Changbin compares these first steps to the problems of digital connection: “I’m trying to connect with you, but it’s lagging behind again / Why do I keep falling?” — before Seungmin and Ban Chan join him, bemoaning the impact of his love on them. “What the hell are you doing to me?” they ask. “For you to make me freeze like this / I promise it’s not an obsession.”

“Taste,” written by Lee Know, Hyunjin and Felix, offers a more poetic take on this feeling of insecure but intense passion (“It’s like bad red roses / Distraught by the smell, I feel short of breath,” as Hyunjin enticingly says. he. “Dark and thick thorns hidden by beauty”). Meanwhile, the upbeat pop-rock “Can’t Stop”, written by Seungmin and I.N, describes love as something that captures their whole life. “No matter what I do / I can’t avoid it / I have to really like you,” says the former on the bright path.

Only “Cold” approaches things from a completely different point of view, touching on the narrative of doomed love. “We’re just too different,” Khan assesses the deceptively bright part of R&B-pop. “Was there an idea that we thought was wrong in the end?”

Not only new themes appear on Maxident, but new styles are also being tested. “3RACHA”, written by a group of songwriters Ban Chan, Changbin and Han, shows for the first time how the trio is immersed in training. They pretty much handle it without giving in to the fire of the genre creators in this diss track, but there are some questionable points. “Pull out the knives, cut the sounds faster than lightning,” reads Ban Chan in his verse, a line that seems too much like a fake.

Leaving aside minor missteps, the latest release of Stray Kids should not cause problems with strengthening the reputation they have created for themselves. This is a group of real experimenters and artists demonstrating their exciting progress in real time. With “Maxident” it seems that there is no limit to what they can do, and of course nothing will stop them as they move forward.

Chicago Fire: This is how Monica Raymund and Jesse Spencer live...