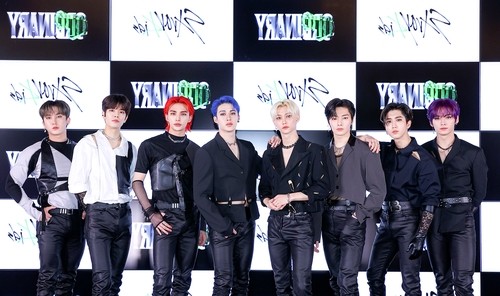 “Oddinary”, the band’s second EP, is the band’s last release after “Noeasy”, their second full-length album, released in August 2021. The album, which sold more than 1.3 million copies, brought the band fame as the first “million copies” among artists under the management of the agency JYP Entertainment. It was a huge success for the young band that debuted in 2018.

The name “Oddinary”, which is a combination of the English words “odd” (strange) and “ordinary”, means that “all of us ordinary people have strange sides.” In other words, “strange things will soon become commonplace,” the agency said in a press release.

Changbin, the group’s main rapper, said during an online press conference held in Seoul shortly before the album’s release at 1 p.m. that while previous albums focused on using their energy, this time they tried to contain “the beauty of self-control and moderation” besides energy. He added that with the album they wanted to show that “uniqueness can become specificity.”

The leader of the group, Ban Chan, added that they wanted to say that the personal part, which may seem strange and strange to others, can serve as a “special factor that can make you more cool and beautiful.”

The album attracted the attention of a large number of K-pop fans long before its release. As of Wednesday morning, pre-orders exceeded 1.3 million copies, indicating that another million copies are almost guaranteed to be sold.

The corresponding figure for “Noeasy” was 930,000 pre-orders.

I.N., the youngest member of the group, said that when he first heard the 1.3 million number, he didn’t realize how big it was and was “shocked.” He added that he will become a singer who always strives to represent the best music.

Leading the album is the song “Maniac”, which, according to the band, best conveys the idea of “Oddinary” in such lyrics as: “After you blink again, go back to wearing a “cosplay costume” from what defines society. as usual… Maniacally, I’m going crazy, as if a screw has been unscrewed from me, maniacally.”

The song, which contains loud and intense sounds and an exciting chorus, was written and composed by 3RACHA, the band’s own production unit, which includes Ban Chan, Changbin and Han, as well as composer VERSACHOI.

Including Block, all band members participated in writing and composing all seven tracks for “Oddinary”, including “Charmer”, “Lonely St.” and “Muddy Water”.

Octet is planning to launch a worldwide concert tour next month.

The tour will begin in Seoul, where the band will perform from April 30 to May 1, and will continue in nine cities in Japan and the United States until July 27.