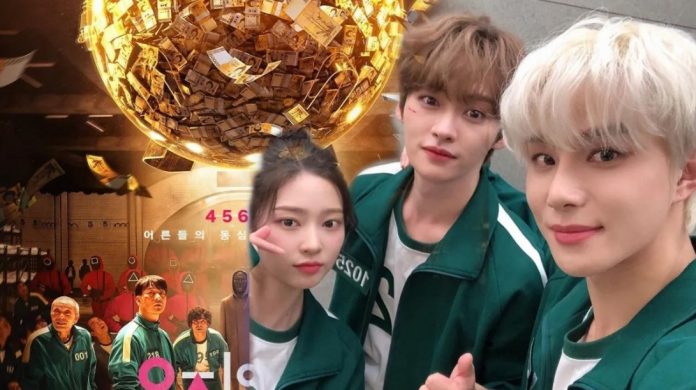 The Squid Game fever doesn’t stop and idols like Lee Know are part of the fun. Like every week, South Korean music shows arrive with a lot of emotion and this time Music Core included Squid Game in their episode.

It’s only been a few weeks since the Netflix original series premiered, but from the start it stole the world’s attention. While Squid Game is succeeding everywhere, South Korea shows its pride in the success of the drama and now we see references to this production everywhere, which is why Lee Know looked just like one of the competitors would.

The Stray Kids member is currently serving as the MC of Music Core alongside NCT’s Jungwoo and Kim Min Ju, they have achieved great and fun chemistry, so this time they made us laugh with their wit and likable personalities.

The artists came once again to film the musical show but this time they wore easily recognizable outfits, the outfits in green and white in the style of The Squid Game took center stage and each one of them wore it in an incredible way.

The Music Core MCs also showed off a bit of the competitions that were part of the Netflix drama, a gesture that helped raise the vibe of the game.

In the end they shared a video where they reveal who the winner was and it turned out to be the member of Stray Kids .