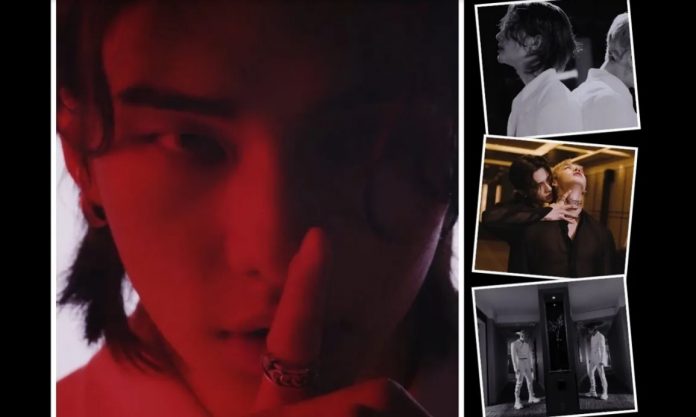 Bang Chan and Hyunjin released the song ‘Red Lights’ and now we have more information about this SKZ track. Hyunjin was on VLive and he told STAY a lot more details about ‘Red Lights’ his especially compelling song he did alongside Bang Chan, what are the secrets of this STRAY KIDS song?

With ‘Red Lights’ , Hyunjin and Bang Chan shocked the world from the teaser for this composition, as it showed very dominant images that were tattooed on STAY’s mind and heart; Although the STRAY KIDS idols took a little longer to release the official MV and show us everything they had in store for the world.

A video with great contrasts, an especially daring vibe, and the most amazing choreography performed by both SKZ idols ; really the fandom of the K-Pop group went crazy with this release, there is nothing better than fully enjoying the talent of their idols and knowing new facets of them.

And obviously, we all want to know the story behind this song , because STRAY KIDS is getting closer and closer to mature and different concepts , something that attracts a lot of attention and the public wants to know all the secrets of ‘Red Lights’ .

HYUNJIN TELLS ALL ABOUT ‘RED LIGHTS’, THE SONG HE DID WITH BANG CHAN

Bang Chan and Hyunjin released ‘Red Lights’ , a song with very sensual overtones and incredible dance by both idols; For his composition, Hyunjin wrote the base of the lyrics and Chan helped him translate it into English, STAY told the idol that this was a ‘spicy’ song and at first he said no, but ended up accepting it:

For the studio recording of this song, he had done a part in a low voice at the same time as Bang Chan did it out loud which generated something unique for the track and they decided to leave it that way; For the MV he said that he liked recording it since they normally film in warehouses but this video had its set in a luxurious hotel .

In the MV there are some scenes where idols use chains , Hyunjin said that these did not cause him pain but that they were heavy; so now we know all the secrets of this great song that we will not stop listening to.

The juror noticed an error in Vanessa Bryant’s winnings and the...