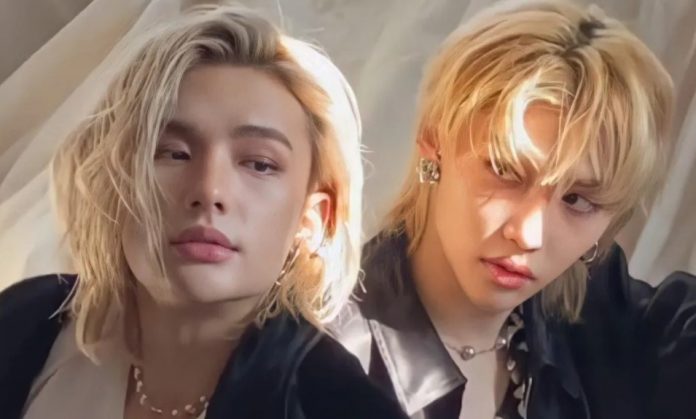 The members of Stray Kids will steal looks with their great bearing and style, both idols will be starring in Arena Korea magazine during the month of February, and the first images from their photoshoot have already been revealed.

The fame of the JYP Entertainment group continues to grow, opening doors and new opportunities for the different members. In the case of modeling , Felix and Hyunjin are the ones who have begun to take on new challenges in the industry and the result is always attractive to their loyal fans.

The duo will appear again in the pages of a magazine, with Arena Korea who hosted the idols for a photoshoot where they both showed their elegance.

BEHIND THE SCENES OF HYUNJIN AND FELIX’S PHOTOSHOOT

Arena Korea revealed a short video where we see how the modeling session of both members of Stray Kids took place and the image of these boys made the hearts of their fans race.

These first images show us Felix and Hyunjin wearing elegant outfits with pants and dress shirts but without neglecting their youthful and totally fashionable style that characterizes them.

The two SKZ members wore a blonde shade in their hair that makes them look fantastic, and their overall looks have already sparked great interest in the final result that will be seen in the magazine.