Home Celebrity Stray Kids gives spoilers for their MANIAC tour, will they go to... 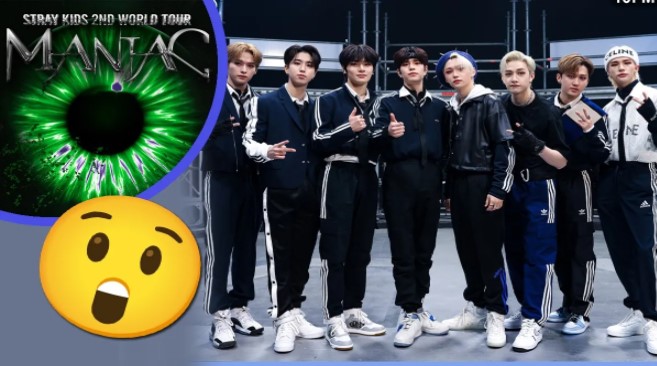 STAY is excited to see Stray Kids in concert and visiting different countries, but K-Pop idols also showed their expectations for the upcoming tour, what did the members say?

Stray Kids is in the midst of releasing their album ODDINARY and the promotions of MANIAC have given great emotions to the fans, however this is just one of the many projects that the idols have lined up for this year and that is why the joy of STAY is not lost. will turn off for a long time.

The members of the group have also made known their plans to go on tour and visit various places in the world while taking their music to different stages, so now that the idols met with some media for their comeback, it was inevitable that the topic would come up. to shine

What did the K-Pop singers say about the upcoming tour? Here you will find new details of what they have lined up for their concerts.

STRAY KIDS GIVES DETAILS OF THEIR TOUR, WHAT CAN WE EXPECT FROM THE TOUR?

Lee Know was the one who excited everyone by revealing a preview of what fans who see them live will be able to enjoy, as he pointed out that a world tour spoiler is that attendees will experience two different things in the same space.

What could this surprise that Stray Kids has been preparing be about? Since it has been a long time since the idols have been on stage, Han confessed that he is very excited to be able to present in front of STAY all the songs they have released in this time where it was not possible to meet with fans and everyone agreed that it will be a great opportunity. to finally see his admirers.

CITIES THAT STRAY KIDS WILL VISIT WITH ITS MANIAC TOUR

When the poster announcing the MANIAC tour was revealed, some cities were confirmed to receive K-Pop idols. Stray Kids will be in Tokyo, Kobe, Seoul, Seattle, Newark, Chicago, Atlanta, Fort Worth, Los Angeles, and Oakland.

More dates and locations are known to be announced for the group to visit soon, but while many expected that reveal to happen at the press conference, they remain a mystery as of yet.

On the other hand, we told you that EXO’s Baekhyun showed how smart his pet is, how did he do it?

The next episode will be dangerous for Kim Burgess