Home Celebrity Stray Kids: Felix had never made so many brownies until KINGDOM 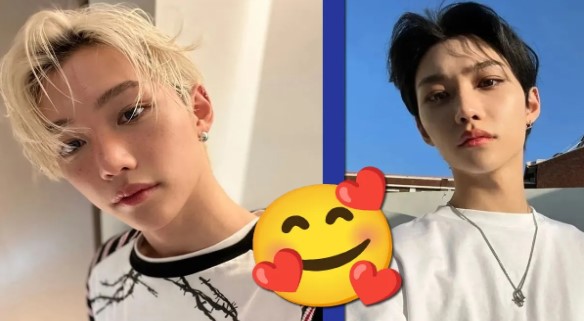 Within this K-Pop group, Felix is ​​the one who specializes in baking brownies and cookies, but also always shares them, the Stray Kids member revealed more about the time he brought some to KINGDOM

In addition to their singing, dancing, rapping, and songwriting skills, the members of Stray Kids have many other talents and abilities that go beyond music, which is why each one has fallen in love with STAY with their off-stage side.

Felix, for example, is an expert in cooking some desserts and on several occasions he has shown us how much he likes to bake desserts and cookies, but above all, to share them.

During an interview, the K-Pop singer shared when it was time that he prepared more of these desserts and it was all with a very noble intention.

STRAY KIDS’ FELIX BAKED OVER 100 BROWNIES WHILE AT KINGDOM

The Stray Kids rapper revealed that when the group was in KINGDOM, one day he spent a lot of time baking, making over 100 brownies to share with his groupmates.

We can not only imagine the time and effort it took to make it, but even manage to transport so many pieces to deliver them.

FELIX’S GOOD HEART WAS PROVEN WITH DESSERTS ONCE AGAIN

This idol shared that many people had been working together for a long time to develop the project and every time he saw others he could only notice how much they tried to do their best.

That is why Felix also wanted to give them something and what better than using his talents in the kitchen to achieve it. AWW!

On the other hand, we told you that Cha Eun Woo came to beg her ex to come back to her side, this is the story.

Kate Middleton ready to give up her royal titles?

Meghan Markle and Harry: New slap from the royal family