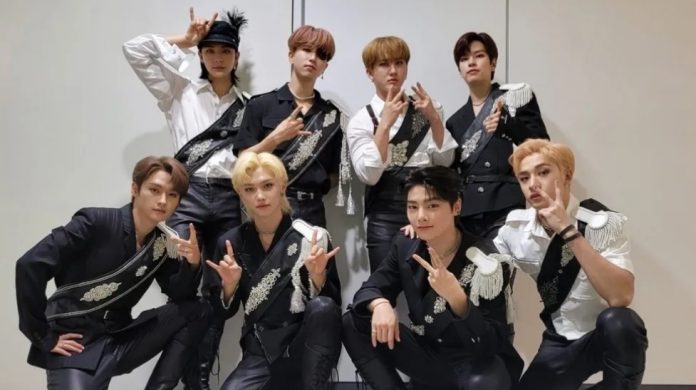 STRAY KIDS is going strong with NOEASY and their title song is a hit. The K-Pop industry is being dominated by STRAY KIDS idols and their latest release NOEASY featuring Thunderous have arrived to electrify the stage.

STRAY KIDS is exceeding all expectations with their comeback , even though a lot was expected from idols as all the teasers pointed to something big, SKZ has released something colossal that is crushing in the music industry ; The K-Pop band has gained a lot of prominence since ‘NOEASY’ .

And is that ‘Thunderous’ is a magnificent song, not only does it have all the talents of the members of STRAY KIDS and their voices, but also the MV left the world shocked and its choreography shows us more of the power of SKZ on stage .

So it’s no surprise that the performances of ‘Thunderous’ being carried all wins , right? The domain SKZ is becoming a reality and support STAY not for to his favorite band.

STRAY KIDS has appeared in music shows in Korea as usual in every comeback, the first win of Thunderous was Show Champion and this time the idols of STRAY KIDS managed to also win on M Countdown with the same track , without a doubt this just shows his great mastery and incredible talent.

Surely there are many more awards waiting for SKZ and they will continue to take the stage, brighten STAY days and grow within the music industry , their passion, love and hard work are paying off. Congratulations, STRAY KIDS!

Recently SKZ was the first Million Seller of JYP Entertainment , their agency, they are being a pride for their company, STAY and for themselves.

Explanation of the ending of the first season of “The Bear”...