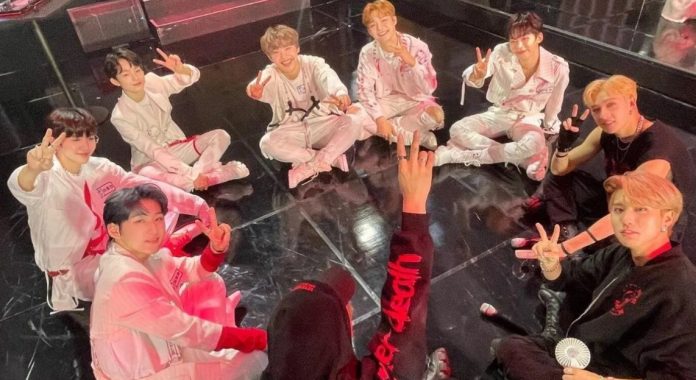 Stray Kids ‘subunit 3RACHA was a guest on the survival reality show Loud, they added a special touch to the Team JYP contestants’ performance. Check out his performance here.

Stray Kids gave all their love and support to their colleagues who compete on Loud , a program organized by the agencies JYP Entertainment and P Nation in order to form 2 boy groups that will take over K-Pop.

In the most recent and final episode of Loud, the 3RACHA subunit made a special appearance with the Team JYP trainees, they took over the stage with songs from Stray Kids like Back Door, which they gave a new sound with raps full of energy. .

Apparently, Bang Chan , Changbin, and Han were good luck or an amulet like no other for the contestants of JYP Entertainment, because in addition to the experience of sharing performance, they took the victory of the confrontation against the P Nation Team, which had to HyunA as a guest. A heart attack match!

Surely, the rappers and songwriters of Stray Kids will never forget their performance with the trainees of their own agency, perhaps they brought back some memories of their stage in the pre-debut when they dreamed of their official presentation.

After the participation of 3RACHA at the end of Loud, through social networking a series of photographs of the 3 Idols contestants with the show, also a session behind the scenes they were shared.

A few hours after the end of the broadcast of the new chapter of Loud, the performances of the boys were published on the YouTube platform on the official SBS Entertainment channel. Here is the clip of 3RACHA in case you missed it:

Two hours after the Korean television station revealed the Loud videos, the Stray Kids videos with Team JYP to the rhythm of Back Door has already added more than 128 thousand views, 42 thousand likes, and thousands of messages in the comments section.

The members of Stray Kids proved that they are one of the most important K-Pop bands in the industry and their comeback with Thunderous added new triumphs.