Home Entertainment Stray Kids and ATEEZ were seen hyping each other on KCON LA,... 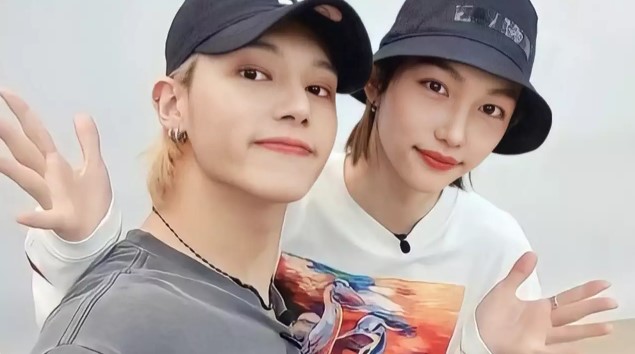 Stray Kids and ATEEZ are a real friendship! From supporting each other’s music to “dating”, their friendship really serves as an example for many K-pop groups, as well as for fandoms. Even at KCON LA, men’s groups promoted each other.

HONGJOONG RUNNING IN TINY TO HIGH FIVE CHAN THIS IS SUCH AN ADORABLE INTERACTION I’M ROLLING IN MY TEARS pic.twitter.com/NX2YepbYIE

If you didn’t know, the friendship of ATEEZ and Stray Kids is one of the most beloved by fans. Although the groups knew each other thanks to the fact that Changbin from Stray Kids and Woo from ATEEZ were friends before their debut, fans saw how their relationship grew when they competed against each other in Mnet Kingdom. Even though the show is over, both bands seem as close as ever!

Although fans were hoping for some interaction between both male groups during their performance at KCON LA on August 21, they got much more than they expected. Fans noticed that ATEEZ was dancing and singing along to Back Door Stray Kids while the latter performed it on stage.

Stray Kids rapper Han also greeted ATEEZ as they walked past the main stage. In addition, ATEEZ stopped near the main stage and promoted Stray Kids while they performed God’s Menu.
If that wasn’t enough, fans caught ATEEZ leader Hongjun giving Stray Kids leader Ban Chan an A at the end of the show.

It goes without saying that Stray Kids and ATEEZ fans were thrilled with all the interactions they received during KCON. See what they say: