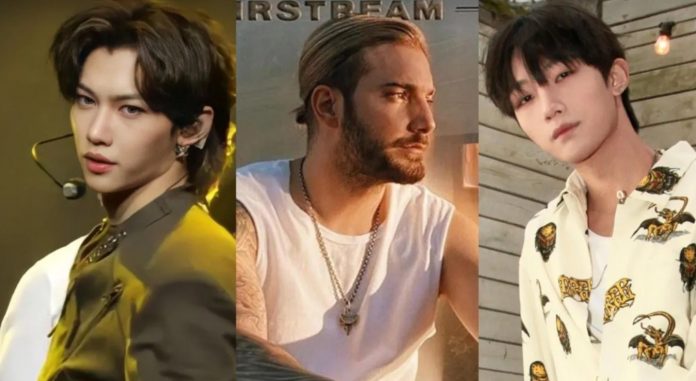 Stray Kids, Alesso and CORSAK to launch their collaboration “Going Dumb”. JYP Entertainment idols will join their talents with the Chinese DJ and producer for a new version of this song.

The guys from Stray Kids put all their energy into ‘Going Dumb’, their collaboration with Alesso and CORSAK is about to premiere. Know all the details so you don’t miss the launch of the theme.

Currently, Stray Kids shines with incredible power in the music competition KINGDOM, STAY everyone could see the artistic and physical development that idols of the K-pop in recent years.

The guys are in many new projects that are sure to get you excited in the coming months, including special individual songs and duets for the SKZ-RECORD dynamic, such as ‘Because I Like You’ by Changbin and Felix . What did you think of the track?

Stray Kids will return to the world of music with a new international collaboration , the K-pop band led by Bang Chan will join their talents with DJ Alesso and producer CORSAK on ‘Going Dumb ‘.

WHEN WILL THE SONG OF STRAY KIDS, ALESSO AND CORSAK BE TRAINED?

Through the social networks of the DJ and the producer, they revealed a teaser for the song ‘ Going Dumb‘ with Stray Kids , the collaboration will be part of the official themes of the PUBG Mobile video game PlayerUnknown’s Battlegrounds.

The theme will have two totally different versions that will reflect opposite concepts, the producers of the melody thought of Stray Kids for their rebellious, risky, powerful and unique musical style.

In the 14-minute ‘ Going Dumb ‘ teaser , the idols appeared on set recording each of their parts for the new collaboration with Chinese singer / producer CORSAK and the Swedish DJ.

‘ Going Dumb ‘ is already available in some areas of the world, on this side of the planet it will hit online platforms on March 19, the official audio will be published on Alesso’s official YouTube channel .

IN recently picked the Stray Kids member with the best fashion sense, explained why their looks are so amazing, and shared other details about the idols.

Square Enix will make some announcements at E3 2021