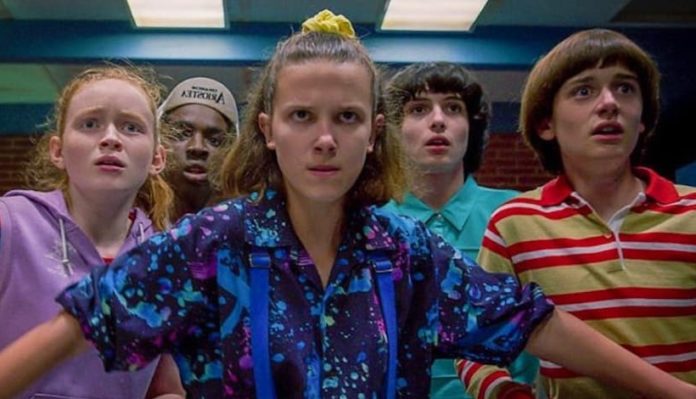 The filming of Stranger Things is currently stopped . Because of the coronavirus, the end of the season could be postponed. A question questions the fans, shall we see Eleven’s sister?

Dr. Brenner’s lab has had many experiences. Some of his subjects are still alive like Eleven. But his ” sister ” who is called Nine is still alive.

In this new season of Stranger Things the famous Doctor should reappear. But an even more interesting character would also be there: Nine.

She must have died, but a nice doctor decided to hide her in a place that no one can find. This girl also has powers but is less powerful than Eleven.

In the comics, Nine wakes up after being drugged by specialists. The purpose of this drug is to channel its powers which remain powerful.

NEW SEASON OF STRANGER THINGS: THE APPEARANCE OF NINE?
The little girl is angry with everyone who left without her. And among these people, Eleven is one of them since she fled. Nine’s objective in Stranger Things : to find everyone to finally take revenge.

For the moment it is not known if Netflix will explore this path. But it could be interesting to find a duel between these two characters who went through the same laboratory.

The two sisters are similar in some respects. They suffered in the same way, they could find a certain complicity from their experiences.

A way for Eleven to no longer feel alone in the world in Stranger Things and to explore a little more the character of Dr. Brenner.

Whether they become friends or enemies, their duality could be interesting to see evolve throughout the season. Something to keep fans in suspense a little longer.

Watch the new trailer of the third season of “Westworld”

How to create an Xbox Live account on your phone

He is the top scorer of the Mexican National Team