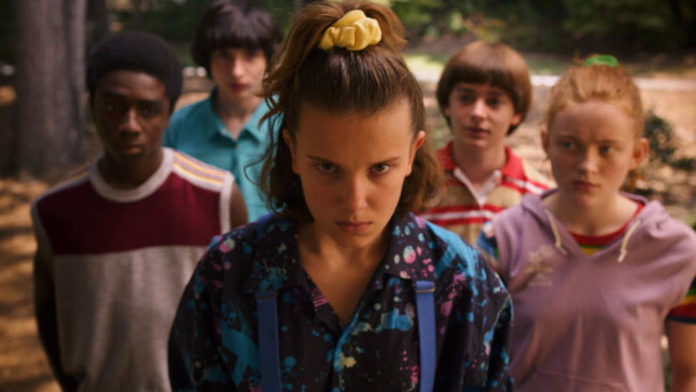 If fans of Peaky Blinders have just learned that the episodes of season 6 were in pre-production, those of Stranger Things season 4 are still lacking in information. Fortunately, an actor in the series just brought a ray of hope a few hours ago . Certainly, we already know that a new season is indeed coming. However, we still had no information on the start of filming.

Fortunately, Finn Wholfhard, the actor who plays the role of Mike in Stranger Things , has just given indications on season 4 of Stranger Things. As our colleagues from Melty said , this one, on promotion for the horror film The Turning , took advantage of an interview for Clevver News to speak to fans of the series.

Who should appear in the new season of Stranger Things , said: “You know what, we start shooting soon and I got nothing . Not even a script. I swear to god. ”

FINN WHOLFHARD, NOT IN SEASON 4 OF STRANGER THINGS?
As you can read, very strange thing, which goes well with the title of the series, the one who plays the role of Mike in Stranger Things has still not received a script. However, he has held a key role for three seasons . We therefore hope that the production did not deem it essential to give it to him at the same time as the others and that it will still be part of the 4th.

This also puts the actor of Stranger Things in a delicate position. Because, as our colleagues once again make it known , he would often be questioned about season 4 . Only problem, he has no info on this:

“People are always so mad at me. I was talking about it yesterday with my family. People keep asking me, “So what can you tell us?” And I can’t say anything, because I don’t have the information either . So you think I’m sneaky, but I’m not. I really have no idea. I don’t know what the plot has in store. If you ever see another Stranger Things actor, maybe he’ll know and tell you something . ”