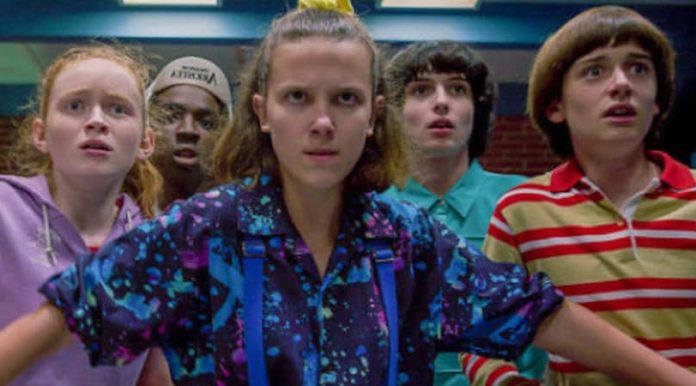 Season 4 of Stranger Things is in full preparation. Will may find love in the next episodes of the series! The fans of Stranger Things have wait to see season 4. A new romance could take place during the next season. Attention, the article contains spoilers!

Several months ago, fans of Stranger Things could see season 3. This season was not without action and the young heroes have grown up a lot. Indeed, the fans could see some beautiful romances and Eleven got very close to Mike. However, this created some tension within the small group and one character still seems unhappy.

Will suffered a lot in the episodes of Stranger Things and he’s not the same since his little stay in the Upside Down. However, season 4 may well reserve a nice surprise for him. Fans haven’t seen the character with a girl for a long time in the series. However, he may end up finding love.

Noah Schnapp who plays Will in Stranger Things has made some revelations about the future of his character. It seems that season 4 could bring good luck to the young man. To ut suggests that Will could finally be a couple in the rest of the series.

STRANGER THINGS: WILL, SOON AS A COUPLE?
The actor who plays Will made some revelations in EW. He hinted that his character could finally meet someone during season 4 of Stranger Things. Some fans have thought Will may be gay. Nevertheless, the next season will give many answers to the fans. “There is nothing fixed about Will’s sexuality. Many fans thought he was gay or asexual. In my opinion, he didn’t even have time to think about it since he was stuck in the Upside Down. ” The actor said.

If Noah Schnapp is to be believed, Will could get better in season 4 of Stranger Things . Thus, the young man will open up a little more to others and he will meet new people. We can therefore think that fans will see him very soon as a couple ! “He was not ready to face this maturity and to build relationships. But now it is, ” he said.

From Russia with love…

So Will Will finally find love? We will have to wait several months to find out. Indeed, Netflix has not announced a broadcast date for this next season.

See Also
The script for Stranger Things is ready, when does season 4 premiere