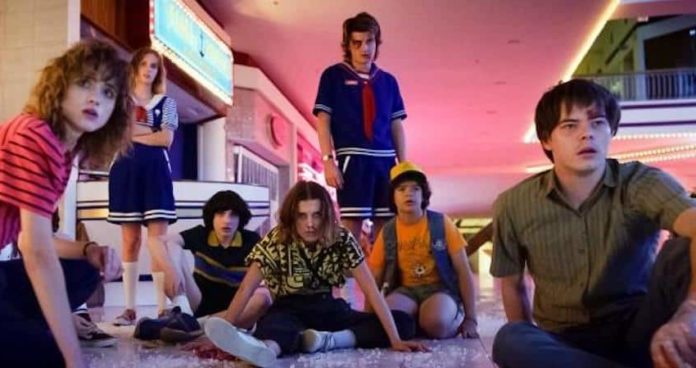 For the first time, the filming of the Stranger Things series takes place in a new place! Season 4 will not be filmed in Georgia.

The second part of the filming of season 4 of Stranger Things began in early March. A significant part of the series will take place in New Mexico , and no longer in Georgia!

New season, new plot, new horizons! The producers and directors of the Stranger Things series are not doing things by halves for season 4. Every day, fans learn a little more! This time, Netflix confirms an unprecedented filming location for the science fiction series . It’s a real first since the first season!

Until now, filming has all taken place in the same place. Indeed, the series was filmed only in Georgia , in the cities of Jackson and Atlanta. But it is now an ancient story! For the rest of the series, the actors make a new start! So, they are turning to new horizons!

Thus, Stranger Things puts its cameras in another state ! It is therefore New Mexico. Besides, the series does not choose this state at random! Netflix knows him well! Thus, the film crew must go to several cities, including one very famous for having opened its doors in Breaking Bad . Indeed, it is Albuquerque with 500,000 inhabitants!

STRANGER THINGS TRAVELS TO ANOTHER STATE
It is the first time that the Stranger Things series will be filmed elsewhere than in their usual places ! This is not due to chance! The series wants to take a new turn. So fans have been convinced of one thing since this revelation. The plot will not only revolve around Hawkins, the fictional city.

In any case, this season 4 promises to be grand ! Moreover, Momita SenGupta and Patty Witcher, the vice-presidents of Netflix, confided in Deadline . “ Season 4 is bigger, bolder and more complex than ever. It is therefore the first time that the series has traveled beyond Atlanta, ” say the two women.

So the creator of Stranger Things confirms it! ” I think the series will go through a big change. Not necessarily in terms of scale, nor in terms of special effects, but it will allow the plot to focus on areas outside of Hawkins, ” said Matt Dufer last year. In any case, the fans are impatient to discover it!