Home News Stranger Things season 4: Could Eleven have created the Upside Down? 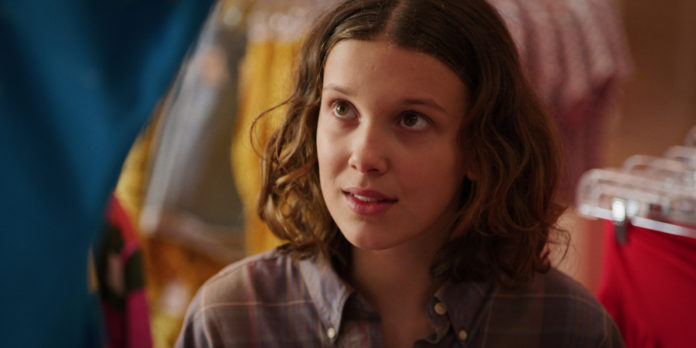 The fantasy series Stranger Things (Netflix) is full of mysteries and one of them concerns the Upside Down. If we know that it is a kind of copy of the current world chaos version, we do not yet know its origin or its history. It’s been a while since a theory about its creation turns on social networks: Eleven would be the creator of the Upside Down. Almost a character in its own right, this parallel world could evolve in season 4 of Stranger Things . These new episodes could also explain the genesis of the Upside Down. Could Eleven have created it? Here are several elements that support this thesis.

First, we heard about the Upside Down, after Eleven connected to the Demorgorgon in the Void (or in the Void, call that black hole what you want). Before that, we had no knowledge of this parallel dimension. Once the door is open, you know what happens next. All kinds of creatures have had access to the human world. The question is: how could Eleven have created the Upside Down? The little girl has been locked up in the Hawkins Lab all her life. Why ? Because she had so-called powers and Dr. Brenner wanted to use them. That’s why he separated her from her mother, Terry Ives, by making her mother believe that she had a miscarriage. For years, Eleven – her real name Jane – has undergone numerous tests, been drugged,

Dr. Brennet’s intentions were to take advantage of his powers in telekinesis and extrasensory perception. Her ultimate goal: to make her a human weapon. The Upside Down could have been created during an umpteenth experiment made on the girl, who could no longer bear to be used. It is therefore possible that the other dimension is a physical manifestation of Eleven’s trauma, and the Demogorgon and all the creatures it contains are representations of its attackers. That would explain why it would be so similar to today’s world: it’s the same, chaos version. Like what’s going on in Eleven’s head. As a bonus, monsters seem to be connected to their creator. Very drawn to blood, why didn’t they kill Eleven when was she bleeding from the nose to control them? Only she manages to control them. Like a master with his dog. If her memories or thoughts are fuzzy or wrong, Jane seems to know everything about the Upside Down.How could she have recognized Will’s photo in Mike’s house, when she had never seen him “in the real world”?

If Eleven is the creator of the Upside Down, it could harm her in the next episodes. To stop it all, she would have to be killed. Obviously, her friends would never allow such a thing. To avoid the creation of the Upside Down, we would have to go back in time and save Jane from the clutches of the lab. It would, however, change the course of history, like her meeting with Sheriff Hopper for example. However, without trauma, there is no reason to see the Upside Down appear. If this puzzle is solved in this way, it could also mark the end of the series, which would have solved its main plot. Perhaps under these conditions, Billy could return without his death being canceled?

Food: Chicago becomes the pizza capital of the world!