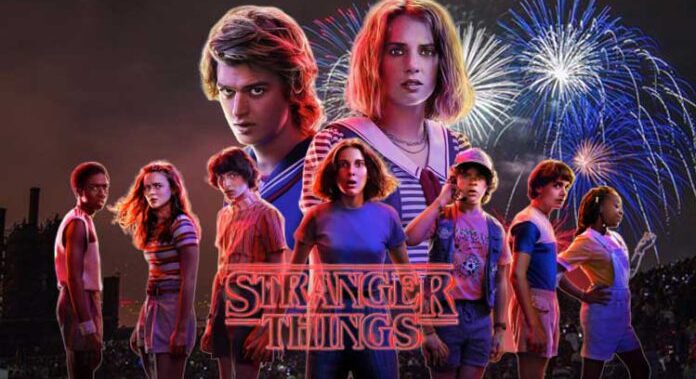 Stranger Things, one of the most popular TV series of Netflix, is getting ready to come back with its fourth season next year. The screenwriters of the hit sci-fi series shared the movies they inspired while writing their episodes in the new season on social media. The films in question may reveal the structure of the fourth season.

Netflix Original series Stranger Things, which has been a guest of our homes since 2016, has turned into a worldwide phenomenon. The science fiction series, which made the third season final by leaving many question marks behind in July last year, will continue its adventure with its fourth season.

The writers of Stranger Things share the movies they watch when they meet to write new episodes of the beloved series with their followers on a Twitter account called @strangerwriters every Friday. A final share was made from the account in question on April 24. Writing the films they watched and inspired during the script writing process, the screenwriters provide some tips on what awaits us in the fourth season.

The board below includes films inspired by Stranger Things screenwriters as they write the fourth season.
There are many different genres on the board, from the British horror movie The Descent to the Jim Carrey comedy Ace Ventura: Pet Detective. Other surprising films on the list include the Coen brothers Fargo, Stanley Kubrick’s memorable movie with a Vietnam War theme, Full Metal Jacket and Colin Trevorrow’s The Book of Henry.

On the other hand, it is not obvious that productions such as Dracula, The Devil’s Advocate and 28 Days Later are also on the board. Joe Kery, who plays the character of Steve Harrington in the series, said in a recent interview with Total Film that his new season will be much more scary and chilling than before. The movies above confirm the words of Kery in a way.