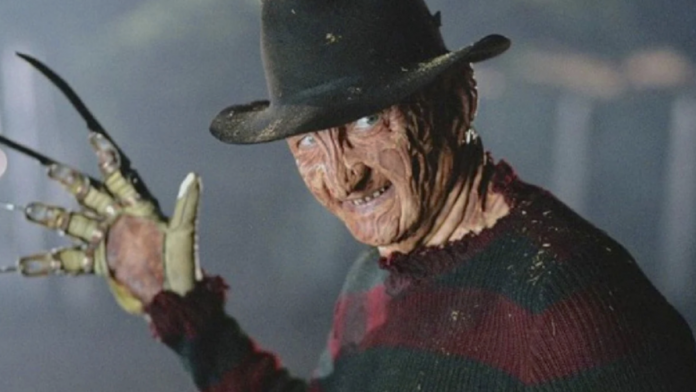 The following story will contain spoilers for Stranger Things Season 4… at least, the first half of it. The second half of the season is on its way, and we think that this character is going to play a more significant role.

By now, you know that Nightmare on Elm Street legend Robert Englund played a part in the ongoing narrative of Stranger Things, appearing as Victor Creel in the present day… who ended up being the father of Henry Creel, the man who’d go on to become Vecna. We don’t know if Englund will return for the remainder of the season, but the fact that he is the creator of the season’s Big Bad, we assume the actor won’t be limited to one scene, and one scene only. That sequence, naturally, is an homage to Jonathan Demme’s Oscar-winning The Silence of the Lambs, with Victor Creel (Englund) being detained in a cell reminiscent of the one that held Hannibal Lecter. So when Englund stopped by CinemaBlend’s ReelBlend podcast as a guest, he talked about Anthony Hopkins’ classic character, and the influence he has had on the horror genre, saying:

Lecter is one of my favorite screen villains, and I go all the way back to the Brian Cox interpretation in Manhunter, with William Petersen. That’s an extraordinarily haunting performance. And obviously the master, Anthony Hopkins. I recognized immediately when I got on the set, before I went into makeup and couldn’t see any longer, that that’s what they were doing there. And that’s the Duffer brothers, you know? It’s just layer upon layer upon layer of not only 80s nostalgia, but 80s production, design, and familiarity. And it begins to play with your subconscious when all of those things are manifesting at once. When there’s a little bit of Silence of the Lambs, a little bit of Nightmare on Elm Street, a little bit of Amityville Horror, a little bit of Goonies, a little bit of all of these things meshing and layering.

As for the “little bit” of Nightmare on Elm Street, it’s impossible not to get time with Freddy Krueger himself and not play around with the crossover potentials. Granted, Robert Englund hasn’t played his razor-wielding psycho since a 2018 episode of ABC’s The Goldbergs. But when asked how it might go down with Freddy trying to infiltrate the dreams of Hannibal Lecter, the actor relished the thought, telling ReelBlend:

If Hannibal Lecter fell asleep, you know, and it could be Brian (Cox) or Anthony (Hopkins) or Mads Mikkelsen – was that the greatest show ever on television? There were whole episodes without dialogue, but what they did there was, they played with the concept of foodie and the foodie being evil and being obsessive, which we know if you’ve ever gone out to dinner with one and watched them order and be fussy with a menu (laugh). Like a vegetarian, you know, that’s embarrassing you in a barbecue restaurant. But I think it would be fun for Freddy to poison Hannibal somehow. It would be an interesting twist that he would get into Hannibal’s head and convince Hannibal to go to a three star Michelin restaurant and actually have him gourd himself to death. ‘Hannibal, try the Blowfish!’ (laugh). ‘More wasabi?’

Now I need to see that, more than I need to see anything. Sadly, this likely will not be included in the last two episodes of Stranger Things season 4, which will begin to stream on Netflix on July 1. We still have major questions we need answered from the first half of season 4. We also refreshed everything we know about season 4 up to this point, in case you don’t have time to rebinge (because those episodes are long!) Now, stay away, Dr. Lecter. Freddy’s coming for you.