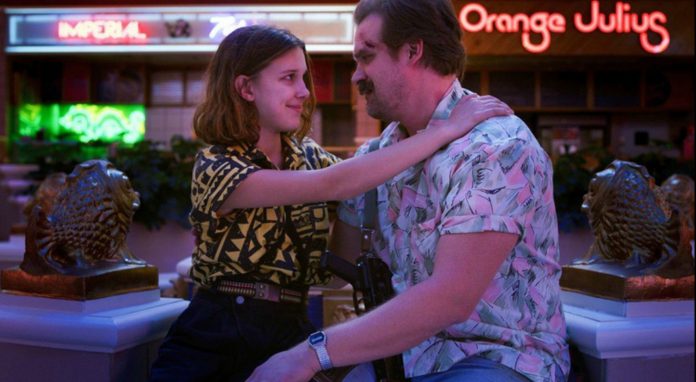 Stranger Things is easily one of the most unique and fascinating shows out there, with an excellent cast and well-written story that, while going through a few obstacles of its own, definitely keeps viewers engaged.

That said, it should be recognized that even a show like Stranger Things has some bugs. With this in mind, here are several instances where the series was so bizarre that fans had a hard time ignoring them.

Nancy Wheeler (Natalia Dyer) is one of the best characters in all of Stranger Things, and she serves as a breath of fresh air compared to most regular teenagers who end up starring in a horror movie or series.

She pulls some excellent marksmanship skills out of nowhere. Given the fact that Nancy’s abilities with a weapon had never been mentioned up to this point, this makes the whole scene feel pretty absurd and hard to believe in Stranger Things.

The deaths of numerous people on Stranger Things have been covered up in the news as accidents, disappearances, or anything else along the same lines. However, this standard operating procedure does not appear to have applied to Bob (Sean Astin).

His disappearance would definitely have been a cause for concern in Hawkins from Stranger Things, but no one bothers to check on his well-being after his disappearance.

The Russians’ base in Starcourt Mall

The fact that the Starcourt Mall in Hawkins was also just a facade to hide the existence of a huge underground laboratory, is also quite difficult to understand in Stranger Things.

The logistics involved with such a massive project as seen in Stranger Things would be difficult to hide as it is, and it’s a surprise that no one realized that the Soviets were making a lab right under their noses in the middle of the Cold War. .

18 facts and curiosities of V that will make you love...