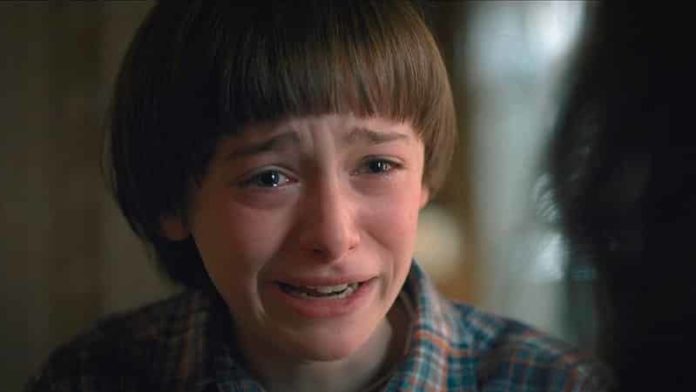 Netflix is ​​preparing season 4 of Stranger Things . Interviewed by a presenter, Noah Schnapp, who then plays the role of Will, returned to a detail. Indeed, he does not seem to appreciate his haircut on the screen .

You could tell, Will’s bowl cut in Stranger Things looks a bit old fashioned. Moreover, Noah Schnapp, his interpreter, does not seem to appreciate this cut straight out of the 80s either.

If the retro effect has the expected effect, style side, it is therefore not unanimous. Thus, Will Byers of Stranger Things is at the very least traumatized by this hairstyle which earned him some bullying. On the board of the Tonight Show , the presenter therefore returned to his bowl bowl .

So it was in a mocking tone that Jimmy Fallon tackled Noah . Not without humor, he said, “Let’s talk about your haircut [in the series]. It’s one of the best things on TV . ” To which the actor replied: “no, it’s one of the worst”.

STRANGER THINGS: NOAH SCHNAPP, TRAUMATIZED BY HIS HAIRCUT
At least Noah Schnapp admits it himself. Where the rub is, this cut in Stranger Things traumatized him so much, that he has trouble looking at himself in a mirror. “I don’t even know what to say … I literally ask them all the time ‘maybe Will could shave his head ?! ” .

It is obvious, the actor looks bad in his skin, because of this bowl cut. “But seriously, did everyone have this haircut at the time?” Who would consciously choose to have this cut ?! He ended up saying, in a half-annoyed, half-ironic tone.

See Also
Stranger Things You Should Know About Season 4

Finally, this Playmobil haircut does not seem to prevent fans from appreciating its performance on the screen. But not only ! The other actors in the cast are rather unanimous on the side of Stranger Things fans . Will he always have a cut like this or will he go on to a more shameful trend like the millet cut? To be continued…

Can Consumer Day be the new Black Friday?