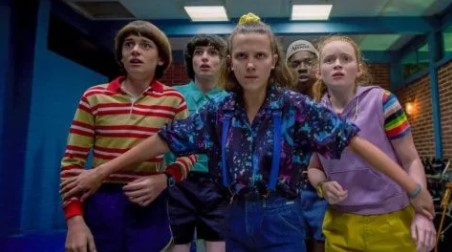 Once, from Stranger Things has become an internationally recognized character. Thanks to this, the name of Millie Bobby Brown is sounded in much of the world, since she was 12 years old with an oversized shirt we saw her act in this successful Netflix original show.

However, five years have passed since then, and currently young actress Millie Bobby Brown is 17 years old, old enough for fans of hers to be curious about her love life. However, despite a group of rebellious followers of hers, Millie has decided for some time to keep her personal life private.

The day-to-day life of a movie star, especially as young as she is, can be truly difficult. That is why this Stranger Things actress has decided to stay away from her social networks. Just over a year ago, through an Instagram story, Brown confessed how her fans treated her so terribly.

She recalls that while she was shopping with her mom, a fan of hers asked if she could take a video of her, and when she said no, the fan became insistent. In her account, the Stranger Things star said, “At the end of the day, I don’t have to justify it to anyone. If I do not want a video recorded for me, it is not necessary. And I was paying, and she walked past me and started recording me again. I said, ‘I am a human being, what more can I ask of you?’ And she said ‘So I can’t record a video of a human being?’ and I said ‘No, not when I said no.’

In addition to taking this displeasure, Millie Bobby Brown also recalled that some people altered her photos and videos to make it seem that she had made homophobic and racist comments, since then everything got out of control and on social networks they used the hashtag against her # BringMillieDown.

Unfortunately, from that moment on, the young woman decided to delete some personal photographs of her and leave only promotional images of her makeup line, Florence by Mills.

However, a “rare” personal photograph on her Instagram account was published a while ago, and since then rumors began to grow that Millie Bobby Brown was dating Jake Bongiovi is the son of the rock legend of the 80s Jon Bon Jovi. In the picture, Brown’s arms surround Bongiovi as he kisses the Stranger Things star on the cheek.